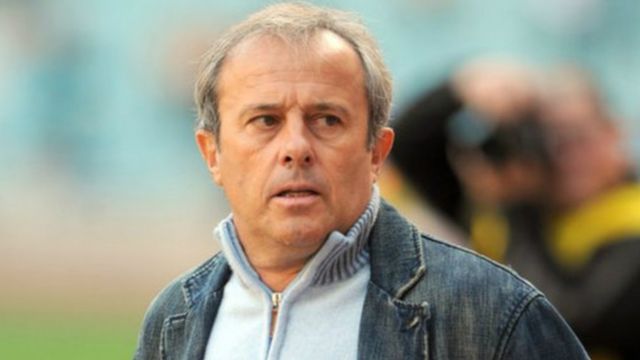 Pierre Lechantre followed with interest the semi-final Egypt-Cameroon (0-0, 3-1 on pen) Thursday night. The former coach of the Indomitable Lions, who was African champion in 2000, gave his analysis for Sport News Africa.

Cameroon's elimination came after a penalty shootout that was particularly poorly handled by the Lions...
It's not for everyone to win on penalties... '' The last three penalties of the Lions were badly taken, with a certain casualness. It's a disappointment for Cameroon, I would have liked the Lions to qualify, but I'm not so surprised by the final result '', said the coach.

Why are you not surprised by this defeat?
Since the beginning of the AFCON, Cameroon had not had to face any big teams, except Burkina Faso, which is a very good team. With all due respect to these teams, Cape Verde, Ethiopia, Comoros and Gambia are not among the best in Africa. And against this type of opponent, individual players like Aboubakar or Toko Ekambi could make the difference, without the need for a real background. But against a team of the level of Egypt, it does not pass. He showed his limits.

However, the Cameroonians played a rather encouraging first half...
The Egyptians let them come, as you would expect. Yes, there were a few chances, more so than in the second half, when there was a lot less going on, but there was still a lot of rubbish, both from the Cameroonian and Egyptian sides. For example, a lot of crosses didn't reach their destination. Technically, a lot of simple gestures were missed. Physically, we could see that the Egyptians were inferior. They had two extra sessions in their legs and a day less of recovery time since the quarter-finals. Having said that, it has been said a lot that the Pharaohs were not pretty to watch. I'm not saying that I enjoyed it, but I did see a team capable of proposing and creating play.

Let's go back to the Cameroonians. Was the step too high for them?
This semi-final was decided on penalties, although both teams had a few chances to score... But what struck me most about Cameroon's game is that it is mainly based on long balls. There is no real construction. Some of the choices surprised me. Why didn't you bring on Choupo Moting, who is a key member of the team, especially in view of a possible penalty shoot-out? I didn't understand. It's a pity for Cameroon to fail in the semi-final, when the country was dreaming of winning the competition on home soil. It would have been difficult in the final against Senegal, who seem to me to be superior in many areas to Cameroon. The Lions will have to quickly get back into the swing of things for the 2022 World Cup play-off against Algeria in March.