AFCON 2021 - Romain Saïss: "I apologize on behalf of the whole team" 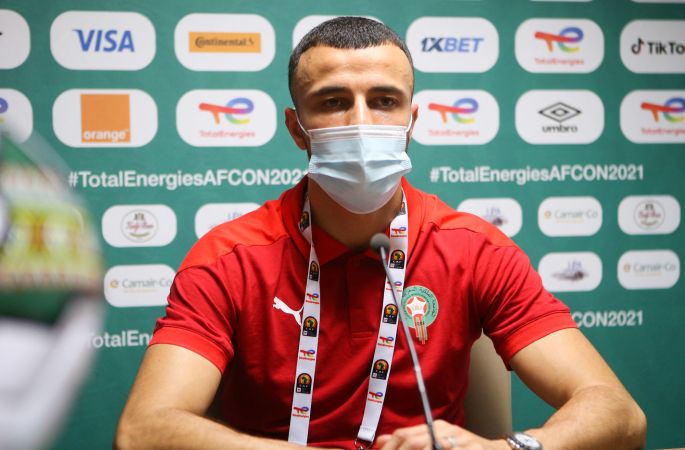 AFCON 2021 - Romain Saïss: "I apologize on behalf of the whole team"

Morocco has not managed to pass the quarterfinals in the AFCON 2021. The Atlas Lions were eliminated on Sunday by the Pharaohs of Egypt (2-1). A great disappointment for the captain of Morocco Roman Saïss, who returned on the elimination of his team at the end of the match.

Achraf Hakimi and Morocco have failed to overcome the Egyptian obstacle in the quarterfinals of the 2021 African Cup of Nations. They were indeed beaten (2-1) by Mohamed Salah's team, despite their opening goal in the 6th minute of play.

A defeat that hurts the Atlas Lions, according to their captain Romain Saïss. "We played with our weapons, we did not let go until the end to equalize. There are days when you are less successful than usual. We feel sorry for all the Moroccans, they have been waiting for something for a long time in the African Cup. We are very disappointed for them," he said.

"It didn't work out today", Romain Saïss
For the defender, his team played well, but lacked success. "We got into the game well and scored a goal. We continued to push," he said. Overall, we had a good first half. In the second half, we knew they were going to push more. We tried to keep our heads down but we got a goal from a set piece. After that, it was complicated. We persevered and kept creating chances. It didn't work out today.

He continued: "I am very proud of this group. There are some for whom it was their first AFCON, for others to play outside Morocco. It was a context that was new for many. We played with desire but we did not achieve our objectives. I apologize on behalf of the whole team to all the Moroccans who must be sad tonight. They need to know that we gave everything today.''