AFCON 2021: Senegal and Guinea share the spoils to top group B 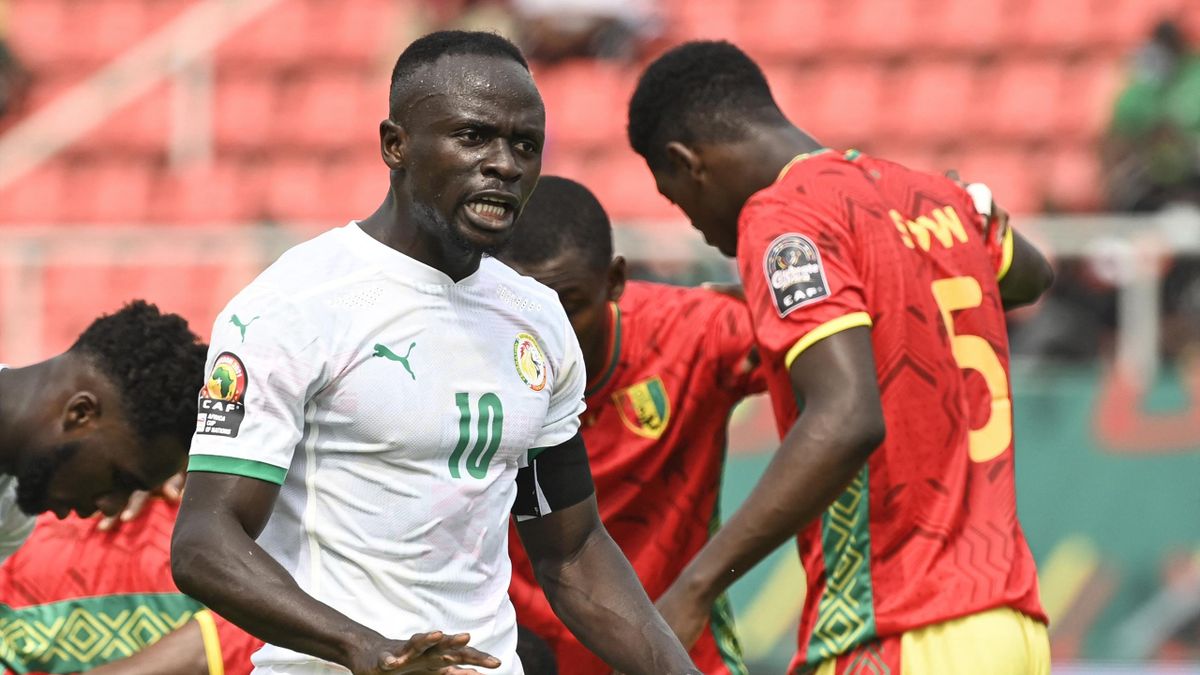 AFCON 2021: Senegal and Guinea share the spoils to top group B

The Lions of Teranga and the Syli seperated this Friday, January 14 on a draw without goal or flavor. The two teams will have to look for qualification in the third and last day of group B of the AFCON 2021.

Senegal and Guinea will have to play again. The two teams will have to wait until the third and final day of the group stage to hope to qualify for the last 16 of the 2021 Africa Cup of Nations. The two co-leaders of group B drew (0-0) on Friday 14 January in Bafoussam for the second day of the tournament. The Lions of Teranga will try to pass against the Flames of Malawi. The Syli will try to validate its ticket at the expense of the Warriors of Zimbabwe.

In the West African derby, each team had its half. In the first 45 minutes, the Guineans were sharper in the duels and more conquering in their initiatives. '' We had a complicated first half in terms of impact," Senegal coach Aliou Cisse told Canal Plus. '' We were also very shaky in our use of the ball. In the second half, we created some interesting situations. The division of points is logical. I am very satisfied with my boys.''

Syli coach Kaba Diawara is of the same opinion. And on his team's good first half, he told Canal Plus that the idea was to score in the first few minutes.'' We had a few clear chances, but we did not manage to find the net," said the Guinean technician. ''In the second half, the Senegalese team showed more determination. I'm satisfied with the 0-0 draw.''

The weight of absences
The Group B clash lacked flavor. The game was too choppy. The 22 players committed a lot of clumsiness and too many fouls. The only bright spot in the gloom was the two captains and teammates at Liverpool, Sadio Mané and Naby Keïta (voted Man of the Match). They tried to do their utmost to keep the ball rolling. But this outpouring of energy often eroded their effectiveness in the final moments.

Senegal have been without four of their first-choice players since the start of the Africa Cup of Nations. Edouard Mendy and Kalidou Koulibaly are affected by Covid-19. Krépin Diatta, with a knee injury, is not in the group. Ismaïla Sarr, for his part, has been called up for the CAN, but he is continuing his rehabilitation. In addition to these absences, Gana Guèye and Ballo Touré (Covid-19), who started the match against Zimbabwe, are also absent.

A worrying favorite
Even if the team is known for its richness, the weight of absences was felt. Indeed, apart from goalkeeper Sény Dieng, who has kept his goal untouched in two matches and has shown great authority on his line, the substitutes have had difficulty in making up for the starters. Pape Abdou Cissé is not a model of safety in his defensive interventions and has increased the number of risky relays. Ibrahima Mbaye seems unable to respond to the physical challenge. Mamadou Loum Ndiaye does not have the same radiance and foresight as Gana Guèye. While Mame Baba Thiam struggled to find his bearings and lost many balls.