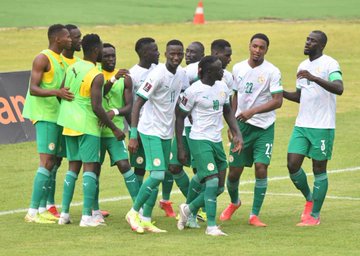 While they were supposed to go to Rwanda to prepare for the AFCON 2021, the Lions are finally staying in Senegal. Aliou Cisse and his players will hold their base camp at home before going directly to Cameroon on January 4. As a result, their friendly match against Rwanda has been cancelled.

With just a few days to go before the 2021 Africa Cup of Nations kicks off, Senegal are making a major rearrangement to their preparation schedule. The African runners-up will no longer go to Rwanda as initially planned. They will stay in the country for a week.

The preparation of the Lions will now be done in Senegal. The group will however go much earlier to Cameroon. "The Senegalese team will hold its first phase of preparation at home from December 27 to January 4, 2022 before going to Bafoussam (Cameroon) for its second period of preparation and participation in the final phase," the statement added. The Lions, placed in group B, will start on Monday 10 January 2022 against Zimbabwe.