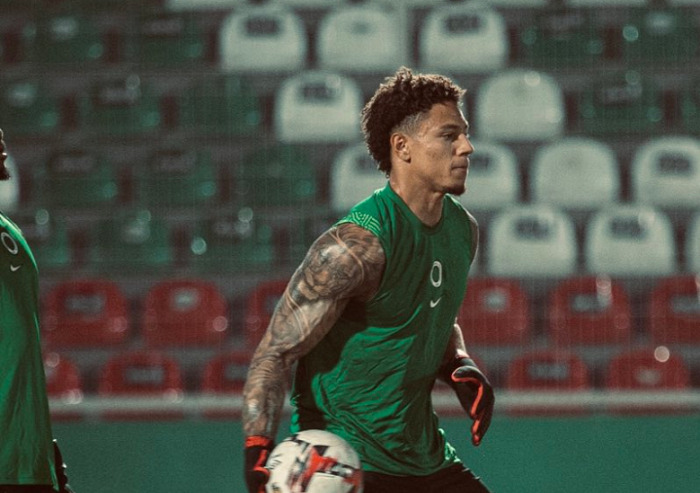 The camp of the Nigeria's senior men national team swelled to 13 players with the arrival of Maduka Okoye ahead of the 2021 Africa Cup of Nations in Abuja on 2 January, 2022.

Okoye's arrival completed the goalkeeping department of the Super Eagles 'contigent for the continent's showpiece, with Omonia Nicosa goalkeeper Francis Uzoho, Chiefs' Daniel Akpeyi and Enyimba's John Noble earlier joining the squad as they continue fine-tuning their strategies at their training camp.

Onyekuru, who was holidaying in Turkey with his family and Olayinka were late inclusions by interim boss Augustine Eguavoen, having replaced Napoli frontman Victor Osimhen ruled out for testing positive for coronavirus and Watford striker Emmanuel Dennis respectively.

Interim Nigeria boss Eguavoen will run the rule over at least 13 roster invites as the national team continue training on Monday ahead of their trip to Cameroon for the Africa Cup of Nations.

Still expected from the clubs on Monday, 3 January are 15 players as well assistant coach Salisu Yusuf for national duty in the nation's capital before the team flies out to the Central African country for the Afcon later this week.