AFCON 2023: South Sudan more determined than ever to go all the way 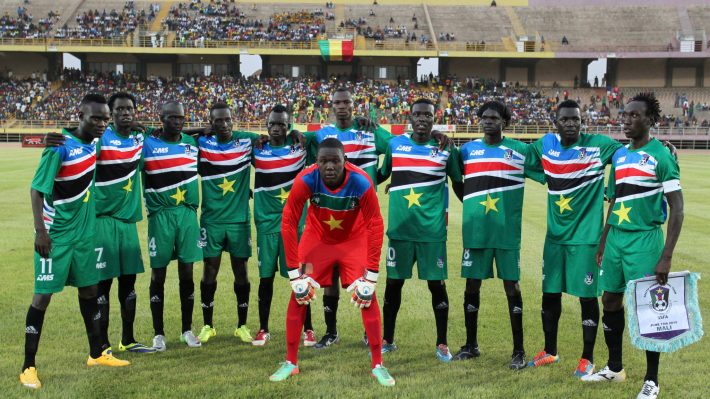 AFCON 2023: South Sudan more determined than ever to go all the way

South Sudan are dreaming big as they bid to qualify for the 2023 Africa Cup of Nations. Coach Stefano Cusin is more committed than ever to getting the Bright Stars to their first AFCON. They will face Gambia in their first game in the qualifiers on Saturday 4 June in Thies, Senegal.

South Sudan is completely absent from the football map of the continent. The East African country, which became independent in 2011, has never taken part in an African Cup of Nations finals. The South Sudanese will take part in the 2023 Africa Cup of Nations qualifiers for the first time in their history. They beat Djibouti 5-2 in the preliminary round in March to advance to the group stage of the qualifiers.

For this first time, the coach of the South Sudanese team, Stefano Cusin wants to strike a blow. The Italian coach is more determined than ever to secure a ticket to the 2023 Africa Cup of Nations. "We have to be more aggressive and tactically very organized if we want to be competitive. We can't wait for the opponent in the last 30 meters of the pitch. We have to play to win any game. He continued: "My opinion is that actually in the world there is no small team, so South Sudan can grow up and challenge any team.

South Sudan must give it their all if they are to qualify for the 2023 Africa Cup of Nations. The Bright Stars are in a very open group G. They are in the company of Mali, Congo and Gambia. They will start their campaign against the Scorpions, quarter-finalists of the last Africa Cup of Nations, on Saturday 4 June. But Cusin remains unperturbed. He is not afraid of any team. "Yes, the group is very difficult but in football you never know. You always have to have hope. I don't think this time it will be easy. Most of the 'small' teams work hard, so it will be a big challenge for all of us," the 53-year-old insists.