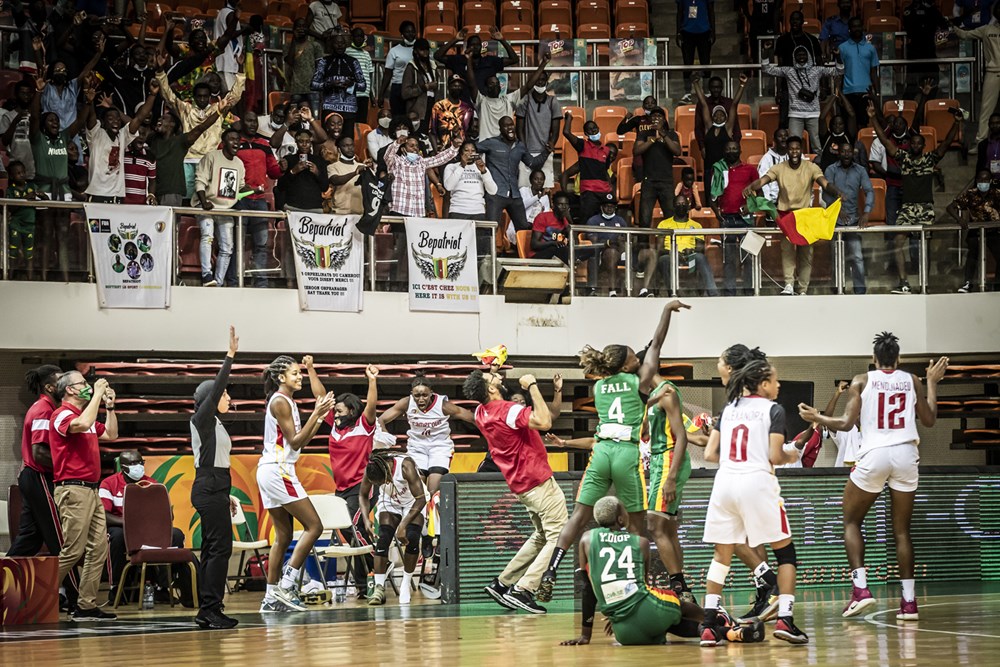 Cameroon took the bronze medal of the 2021 Women's Afrobasket by dominating Senegal (53-49) in the third place match on Sunday 26 September. A big disappointment for the Lionesses of Teranga, great rivals of D'Tigress of Nigeria, double defending champions.

Cameroon saved their honor. The host country of the 2021 Women's Afrobasket finished on the third step of the podium of the tournament by winning (53-49), this Sunday, September 26, the small final of the tournament against Senegal. This is a big performance for the Indomitable Lionesses, eliminated in the semi-finals by Mali. A big disappointment for the Lionesses of Teranga, presented as serious contenders for the continental title.

The disillusionment of coach Moustapha Gaye's girls is greater as they were considered the most serious rivals of Nigeria, the two-time defending champion. The Lionesses of Teranga held this position, signing three victories in as many outings, before falling in the semi-final against the D'Tigress.

However, this match seemed within the reach of the Senegalese. Despite their status and the quality of their individuals, the Nigerians had a difficult start. But they were able to recover in time to outclass (73-63) the Lionesses of Teranga for the third time in a row in Afrobasket, after the success in the finals of the 2017 and 2019 editions.