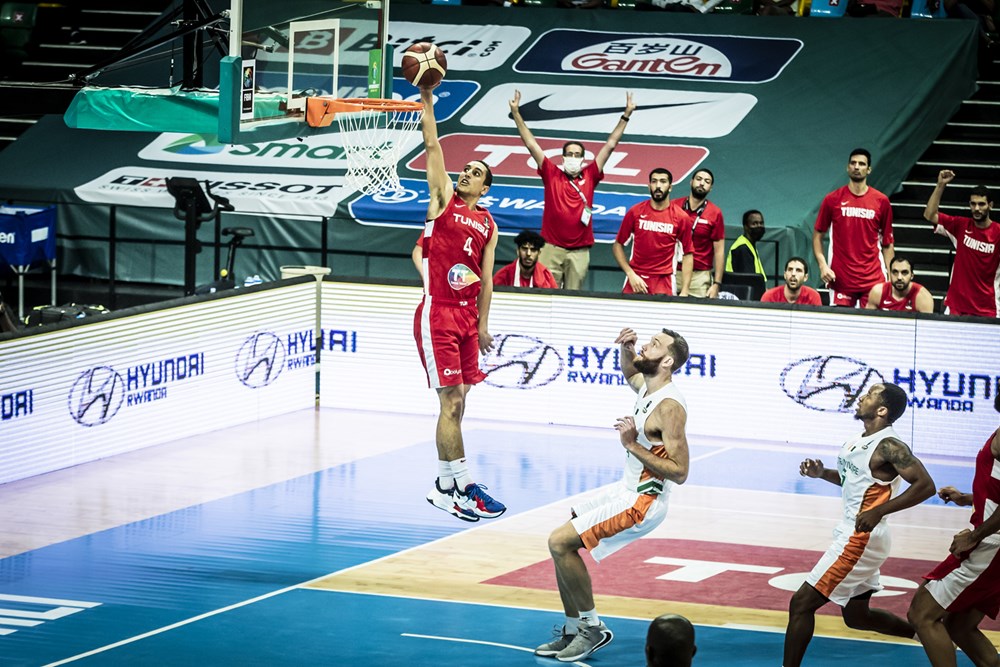 Tunisia wins the Afrobasket 2021. The teammates of Ben Romdhane won the final against a valiant Ivorian team (78-75). They retain their title and are on the roof of Africa for the 3rd time.

Two teams that have responded well to the challenge of the semi-finals by eliminating respectively Cape Verde and Senegal.

As predicted in this final game of the tournament, Tunisia led the battle from the beginning of the game. The African champions were desperate to retain their title. The Tunisian five major, aggressive and biting, did not give room for their opponents to gain confidence. As for the Ivorians, they seemed lost and overwhelmed.

The first quarter ended on a 25-18 in favor of the Tunisians. For the second quarter, the score was close to the same proportions (22-16). The Tunisians maintained the pace. Only Souleymane Diabaté (9 points) seemed to survive on the Elephants' side. Even Matt Costello, who was brilliant in the semi-final against Senegal, was not in form. He did not score a single point in the first half.

Tunisia, on the other hand, were running at a hellish pace. Ben Romdhane had 7 points and 6 rebounds.

Michael Roll had 9 points and 6 assists. The difference in the first half was mainly in shooting accuracy. Tunisia had 51%, while Côte d'Ivoire had only 28%.

A more competitive second half
The Ivorians finally reacted. Stung in their pride, they started to make baskets. Their shooting percentage was up to 40% at this point in the game. They took the third quarter (25-18). They also came back to 6 points (65-59).

However, Tunisia put the foot on the gas in the last quarter. It was important not to let Ivory Coast continue its rise. The lead even went up to 11 points. But the Ivorians were not having it. They gave their all to get back on track. They were even down by 3 points with 9 seconds to go. Unfortunately, the Elephants were unable to get back into the game in their last possession. Tunisia won 78-75. Salah Mejri finished the game as top scorer with 22 points.

The Tunisians thus succeeded in winning their second title in a row. It is their third after 2011 and 2017.