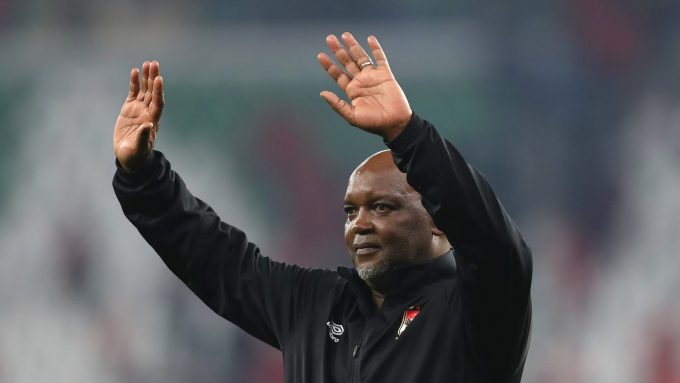 The end of the 2021-2022 season should determine the fate of Pitso Mosimane as head of Al Ahly. In the meantime, despite some criticism, the club's directors are confident that the South African coach will stay.

Pitso Mosimane will remain in Cairo after much speculation about his departure. The South African coach will remain on the bench at Al Ahly. Al Ahly's head of transfers and marketing, Amir Tawfik, confirmed that the coach will remain at the club until the end of the season.

Only 5 defeats for Mosimane in 64 games
Since joining the Reds, Mosimane has played 64 matches and lost only five. He has won the league, the CAF Champions League twice and the Egyptian Cup. He then finished third in the Club World Cup and won the CAF Super Cup.

However, Mosimane (57) was heavily criticized in the late summer of 2021 after losing the Egyptian Premier League title to Zamalek. Worse, he also surprisingly let slip the Egyptian Super Cup against Tala'a El-Gaish.

Because of his recent setbacks at an extremely demanding club, Mosimane is no longer a household name in Cairo. And rumors of his departure have begun to multiply.

No contract renewal yet
Despite these recent setbacks, Mosimane has been in talks with Al Ahly to renew his contract. This was on the instructions of the club's president Mahmoud El-Khatib. But the negotiations hit a snag. The two parties have not yet reached an agreement.

Mosimane, who is under contract until 2022, has expressed his happiness in working at Al Ahly. He wants to continue his mission with the African Century Club. Will the directors be of the same opinion at the end of the season? One thing is certain, the results of the Champions League, which starts this weekend for the two-time defending champions, will be decisive.