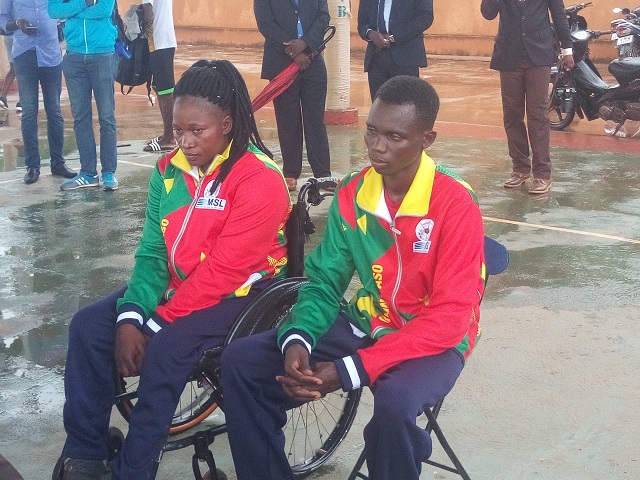 After Hugues Fabrice Zango's historic bronze medal in the triple jump at the Olympics, Burkina Faso is hoping to win another medal at the Tokyo 2021 Paralympics (24 August-5 September). In seven participations, Burkina Faso has never won a medal. For this edition, the country is sending two athletes, Victorine Guissou and Ferdinand Ouedraogou.

Burkina Faso's medal hopes rest mainly on Victorine Guissou. The latter will compete in the javelin and shot put. She hopes to achieve her best performance in the Japanese capital. The para-athlete, who has a motor disability, has already won two metals for her country. Guisson won bronze at the Para Athletics Grand Prix in Tunis in March 2020 and at the International Para Athletics Meeting in Marakech in May 2021.

However, she was unable to achieve the minimum requirements for the Paralympic Games. Guissou received an invitation as did her compatriot Ferdinand Ouédraogo. The latter has a visual impairment. He will compete in the 100m, 1500m and long jump. His goal is to "win a medal in Tokyo".

The two athletes from Burkina Faso will be taking part in their first Games. They have made a good preparation, according to Séraphin Farma, technical director of the Burkinabe Federation of Handisport. They had two training sessions at the Stallions' sports center in Ouagadougou in July and early August this year.