Athletics: Amusan an African record by way of consolation 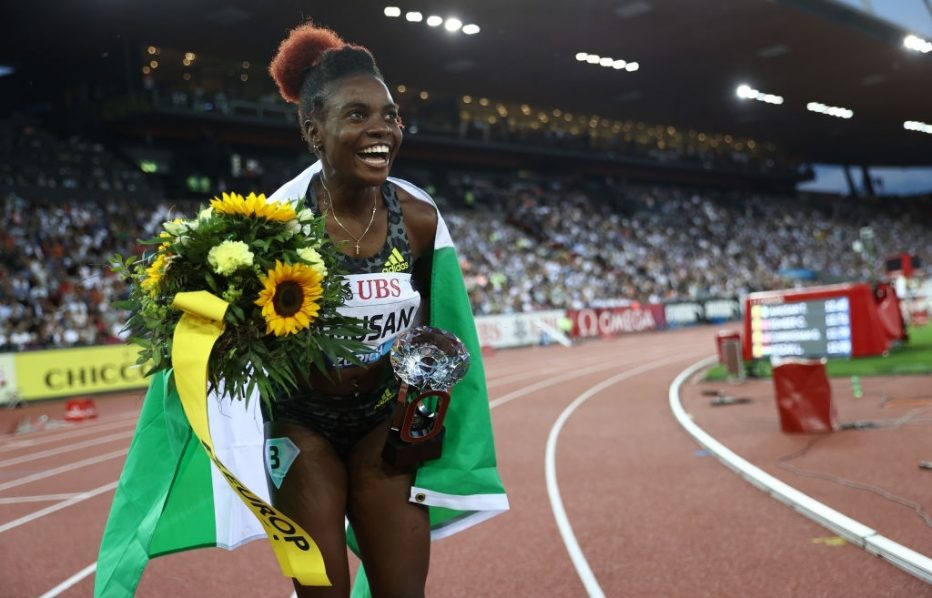 Athletics: Amusan an African record by way of consolation

The athletics season is almost over. Only the marathons are left to run. On December 1, World Athletics will hold its gala to reward the best athletes of the year. In the meantime, Sport News Africa takes a look back at the best moments of African athletes through a series of the most outstanding performances. Five in the women's category and as many in the men's. Honour to the Diamond League 100m hurdles champion: Tobi Amusan. After her fourth place at the Olympic Games, the 24-year-old Nigerian had a stunning end to her season, setting the African record in the 100m hurdles.

Tobi Amusan has bounced back from her Olympic disappointment. The Nigerian ended up in fourth place in the 100m hurdles in Tokyo, the worst ranking of the Olympics. The 24-year-old sprinter had already finished at the foot of the podium at the World Championships in Doha in 2019.

Amusan may not have returned home with an Olympic medal around her neck, but she had a stunning end to the season. She won the Kamila Skolimowska Memorial meeting in Chorzow, Poland, with a time of 12s64. The machine is launched, she ends the year like a rocket.

The reigning African champion won the Diamond League final in Zurich, Switzerland. That was not all, Amusan made continental sprint history by breaking the African record in the 100m hurdles. She set a time of 12.42s, two hundredths slower than the old mark held by her compatriot Glory Alozie. To crown her crazy end to the season, she won the Diamond League.

A world medal in her sights
A record she had been aiming for since the beginning of the season. In fact, she had beaten this time at the Olympic trials. But due to a fault with the stopwatch, the time was not homologated. But that was only a temporary setback for Amusan, who reached the summit of the African sprint.

She became the first Nigerian woman to win the Daimond League. It was a timely achievement. "I didn't win a medal at the Olympics. It was a very difficult time but I have never forgotten it. Since I couldn't win an Olympic medal, the least I could do was to get a Diamond League trophy," Amusan exclaims. The next goal is to win a first medal at the 2022 World Championships.