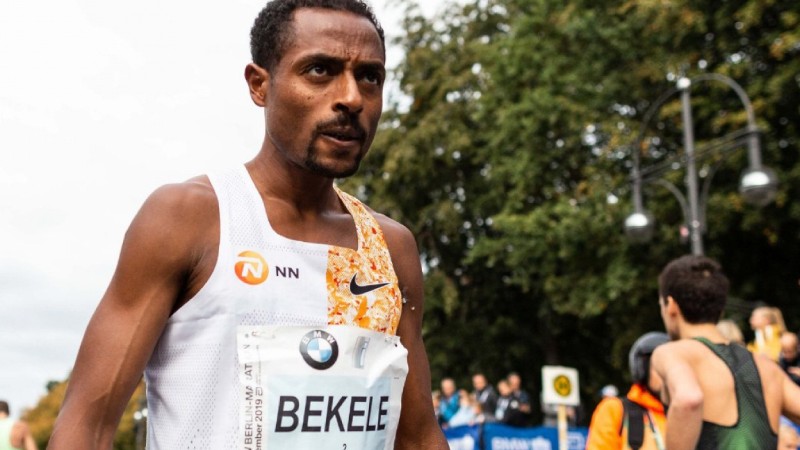 After the track season, it is now time for the road races. Berlin hosts the first stage of the World Marathon Major with the return of Kenenisa Bekele. In the absence of world record holder Kpichoge, the 39 year old Ethiopian wants to make his mark again. His goal: to dethrone the Kenyan.

The track races have provided us with some great sensations this season, but this Sunday 26 September the world of athletics is going to be buzzing again. The German capital is hosting the first stage of the World Marathon Major. This race marks the great return of the legend Keninisa Bekele. 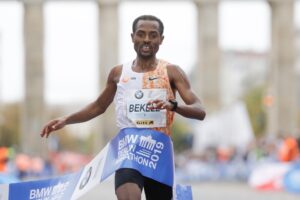 The duel of legends between Eliud Kipchoge and Bekele will not be held, but the Ethiopian is planning to shine in "his" backyard. "The Berlin Marathon is my favorite race," said the five-time world champion in the 10,000m and 5,000m. Bekele has triumphed twice in the German city in 2016 and 2019. And in his latest triumph, the three-time Olympic champion covered the 42km in 2h01mn41s making him the second fastest athlete of all time. He was just two seconds behind the world record of the current ruler, Eliud Kipchoge (2h01mn39s).

Can Bekele break the world record?
The Ethiopian legend has been away from the roads for a long time. Absent from the last Olympic Games in Tokyo, Bekele spent almost nine months without competing. Does he still have the legs to go for the record? To run 42.196km in 2h01mn39s is equivalent to an average speed of 20.81km/h for 2.53 per kilometre. All eyes will be on Berlin. See you on Sunday 26 September at 7:00 GMT.

Adola and Adugna in challenger mode
Even if Bekele will be leading the Elite peloton, there is no lack of competition. His compatriots Guye Adola and Olika Adugna could also set impressive times. Adola finished second to Kipchoge in 2017. He hopes to be in "the leading group on Sunday". Adunya, on the other hand, is back on the roads after his run in the Dubai Marathon in 2020. The 22 year old had a great performance with a time of 2h06mn46s.

They will not be the only ones. Kenyans Eliud Kiptanui and Philemon Kachera will have their say in this race. Kiptanui, winner of the Prague Marathon in 2010, goes to Berlin with a personal best of 2h05mn21. His compatriot Kachera, who trains with Eliud Kipchoge, is hoping to achieve his best result in the German capital on Sunday.