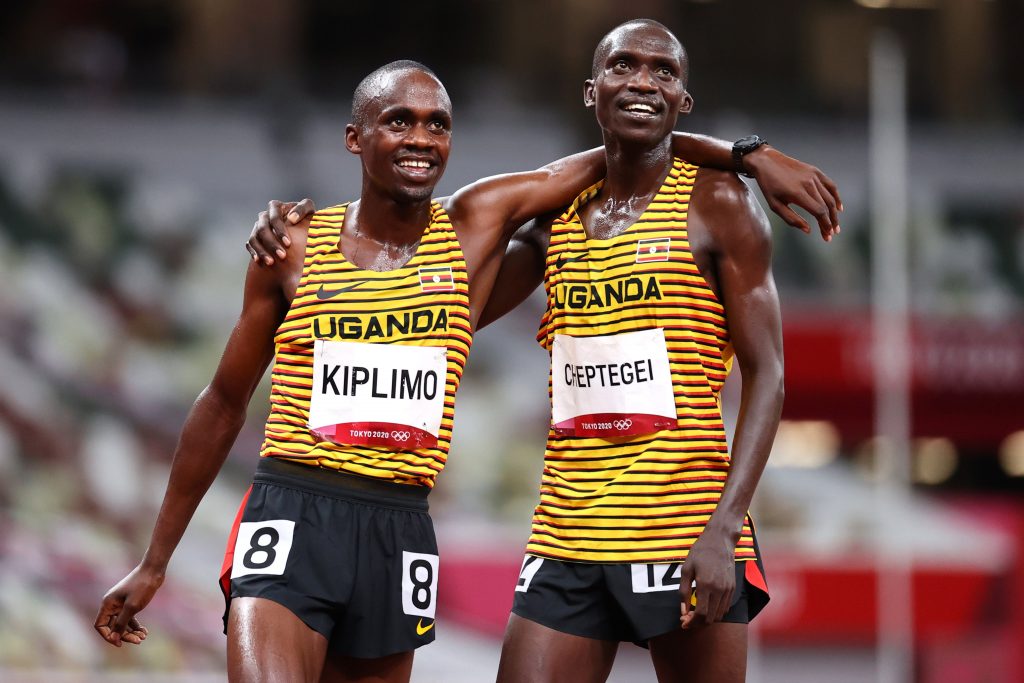 Fresh from winning gold medals at the recent Tokyo Olympics, Uganda’s Joshua Cheptegei and Faith Kipyegon were again in winning form at the Eugene Diamond League on Saturday August 21, 2021.

Ethiopia’s Selemon Barega who won gold in the 10,000m race at the Tokyo Olympics gave Cheptegei a close chase, but failed to match the pace of the 24-year old Ugandan star runner.

“ I am happy to win again in Eugene. It was a good race for me today,” said Cheptegei, who gave one of his medals won at the Olympics to fellow athlete Stephen Kirprotich a few days ago.

In the women’s 1500m race, Kenya’s Faith Kipyegon emerged victorious to set a meeting record of 3:53.23.

Kipyegon who set a new record in the 1500m race in the Tokyo Olympics showed good pace throughout the race to leave Liden Hall (Australia) and Jesette Norris (USA) settle for second and third positions respectively.

In the women’s 3000m steeplechase race, Kenya’s Norah Jeruto was in good form to win the race with a personal best and meeting record of 8:53.65.

Couourtney Frerichs from the USA settled for second place, while another Kenyan Hyvin Kiyeng came third. Uganda’s Peruth Chemutai who won gold in the same race at the Tokyo Olympics managed to finish in seventh place.