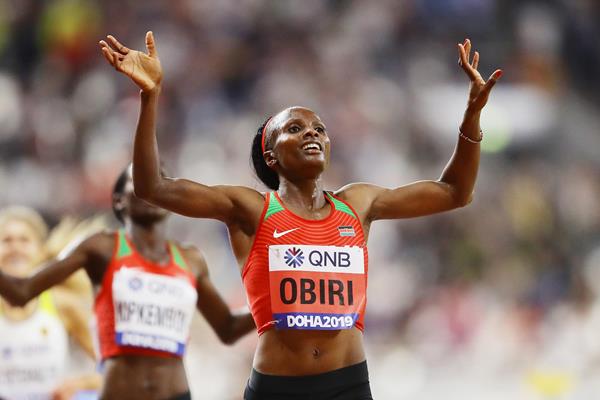 Obiri who is one of the favorites to win for Kenya at the Tokyo Olympics recorded a time of 14.26.38 at the Bislett Stadium in Oslo, Norway.

“I feel am in good shape ahead of the Olympics,” said Obiri. Ethiopia’s Fantu Worku finished in second place with a time of 14:26.80, while another Kenyan Margaret Chelimo was placed third recording 14:28.24.

In the women’s 100m race Ivory Coast’s Marie-Josee Ta Lou was in good form to win the race in a time of 10.01, while England’s Daryll Neita settled for second place with a time of 11.06.

Halimah Nakaayi, the world 800m champion from Uganda settled for second place in the 800m race won by Kate Grace from the USA. Nakaayi recorded a time of 1:58.70.


“I am happy with the way I have been responding during training and how I performed in Oslo. I remind optimistic that I will perform well at the Tokyo Olympics because it remains every athletes’ dream to win a medal at the Olympics,” added Nakaayi.

Ethiopia’s Yomif Kejelcha was also in good form to win the men’s 3000m race with a time of 7:26.25, while Kenya’s duo of Jacob Krop and Nicholas Kipkorir finished in second and third positions respectively.

Uganda’s Ronald Musagala who will also part of the team for the Tokyo Olympics finished sixth in the men’s Mile final won by Australia’s Stewart Mcsweyn.

He however managed to smash a long standing National record, clocking 3:53.04. The previous record was set by Julius Achon in June 1999 (3:55.38) at the TFA Pro Championships in New York.