Kenenisa Bekele is back. The Ethiopian middle-distance and long-distance runner will compete in a marathon for the first time in two years. He will be on the starting line of the Berlin marathon on 26 September. The organizers announced the news in a press release on Saturday 14 August. And he confirmed it on his Instagram account.

The 2019 edition of the Berlin Marathon is Kenenisa Bekele's last appearance in the event. He won in 2h01'41. This is the second best performance of all time. Two seconds behind the world record held by his rival, Kenyan Eliud Kipchoge, set at the same German event in 2018.

Bekele-Kipchoge reunion
Kenenisa Bekele was the big absentee from the Olympic marathon. The 39-year-old athlete had refused to take part in his country's selections, judging them to be too close to the 2020 Olympics. The road to success was thus open for Eliud Kipchoge, who unsurprisingly won in Tokyo.

Kipchoge and Bekele are expected to meet on 26 September in Germany. The Ethiopian hopes to win: "My last race in Berlin motivated me a lot. I hope that I will achieve my roadmap this year.'' 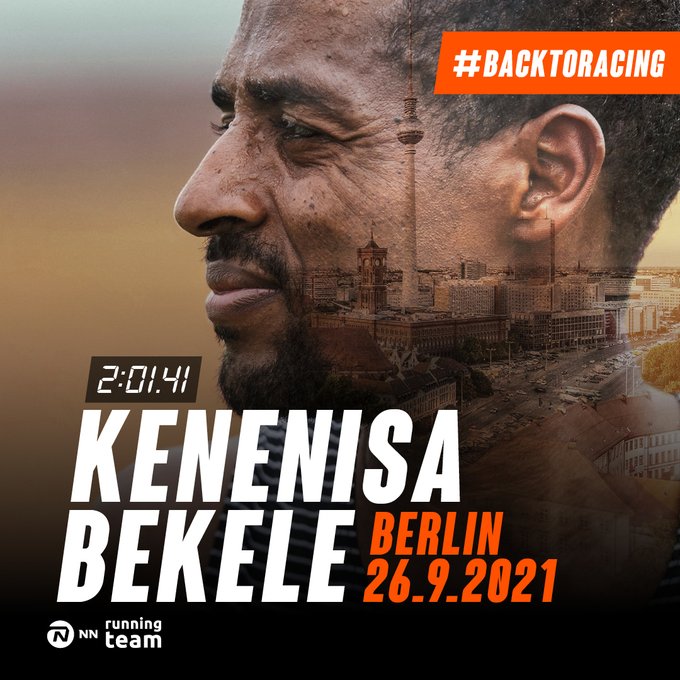 The Berlin event is one of the six largest marathons in the world. The world record was broken eleven times. It was cancelled in 2020 because of Covid-19. It will return for the 45th edition after a one-year break just like Kenenisa Bekele, its previous winner.