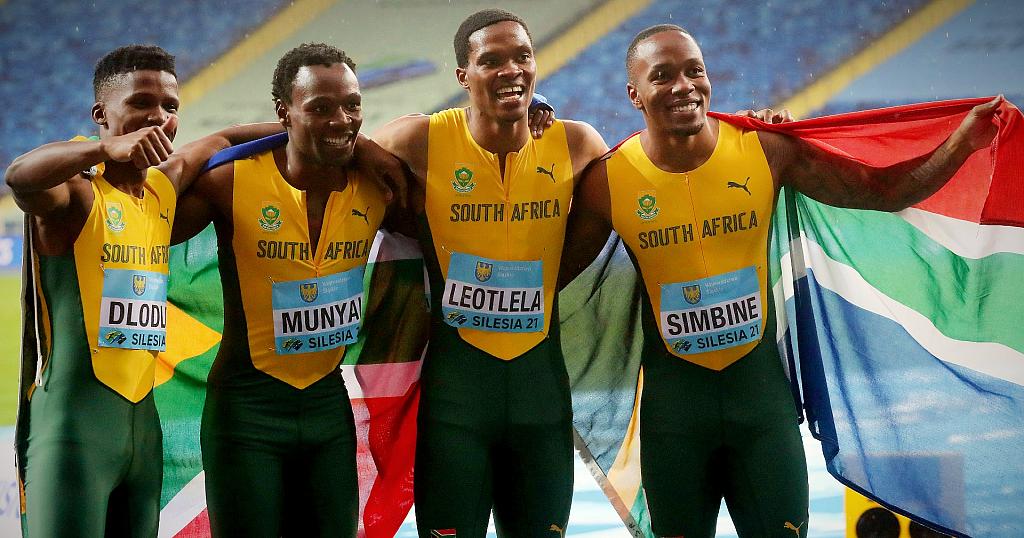 The athletics season is practically over. All that remains are the marathons. On 1 December, World Athletics will hold its gala to reward the best athletes of the year. In the meantime, Sport News Africa takes a look back at the best moments of African athletes through a series of the most outstanding performances. Five in the women's event and as many in the men's. South Africa's 4X100m relay is in the spotlight today. At the World Relays in Poland, they hit the jackpot before suffering a huge fiasco in Tokyo at the Olympics.

In 2016 at the Rio Olympics, South Africa shone on the track. The rainbow nation won two gold medals, two silver medals and a world record. Five years later, South African athletes returned from Tokyo with zero points. And yet, there was reason to hope for at least one small medal. A few weeks earlier, the South African sprinters had made their mark in Silesia.

In this region of Poland, the South African quartet, composed of the African 100m champion Akani Simbine and the promising Thando Dlodlo (22), Tlotliso Leotlela (23) and Clarence Munyai (23), won the gold medal in the World Relay in 38s71. The team was ahead of Italy on the podium, which would go on to become Olympic champion in this discipline in Tokyo.

South Africa's 4X100m, on the other hand, did not even have time to finish a race on the track in Japan's Olympic stadium. The four sprinters, who were very close in Poland, did not pass the baton in Tokyo. A real fiasco. It was also a fiasco in the individual event for Akani Simbine. The African 100m record holder only finished 5th in the final. The final was won by the Italian Marcel Jakobs, who had never before matched Simbine.