BAL: SLAC at the top of the Sahara as Terrel Stoglin scales the counters 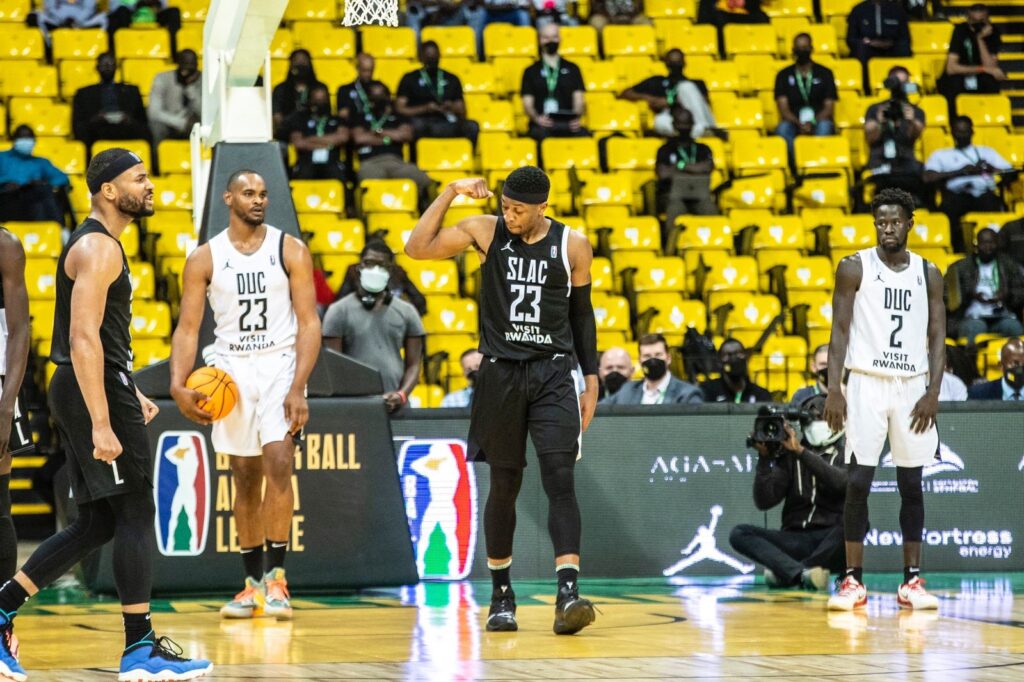 BAL: SLAC at the top of the Sahara as Terrel Stoglin scales the counters

The first day of the Sahara Conference of the BAL ended this Sunday with the victory of US Monastir over Ferroviario da Beira (77-71) in Dakar Arena. Seydou Legacy Athlétique Club (SLAC) is the leader of the group after beating Duc 85-70 on Saturday. Terrel De Von Stoglin (32 pts), Marcus Cramford (30 pts), Majok Ater James (12 rbds) and Adonis Filler (14 assists) have distinguished themselves during this first day.

Finalist of the 1st edition, US Monastir won with difficulty against Ferroviario da Beira (77-71). The Tunisians (2 pts, +6) occupy the 2nd place. They are followed by Rwanda Energy Group, winner of AS Salé (91-87).

Host of this Sahara Conference, the Duke (1 pts-15) is the bottom of the table. The teams will be rested on Monday. The competitions resume on Tuesday with two matches: SLAC vs US Monastir (17:30) and Ferroviario Beira vs Duc (21h).

US Monastir's Majok Ater James is the current top rebounder of the BAL tournament with 12 rebounds. The Duke's captain, Abdourahmane Diop (10 rbds) comes in 2nd.

The award for the best passer of the day goes to Adonis Filler of Rwanda Energy Group. He delivered 14 goals in his team's victory over AS Salé.

US Monastir  vs  Ferroviario Beira 77-71

SLAC  vs US Monastir

AS Salé  vs Ferroviario Beira

AS Salé  vs  US Monastir

US Monastir  vs  Duc