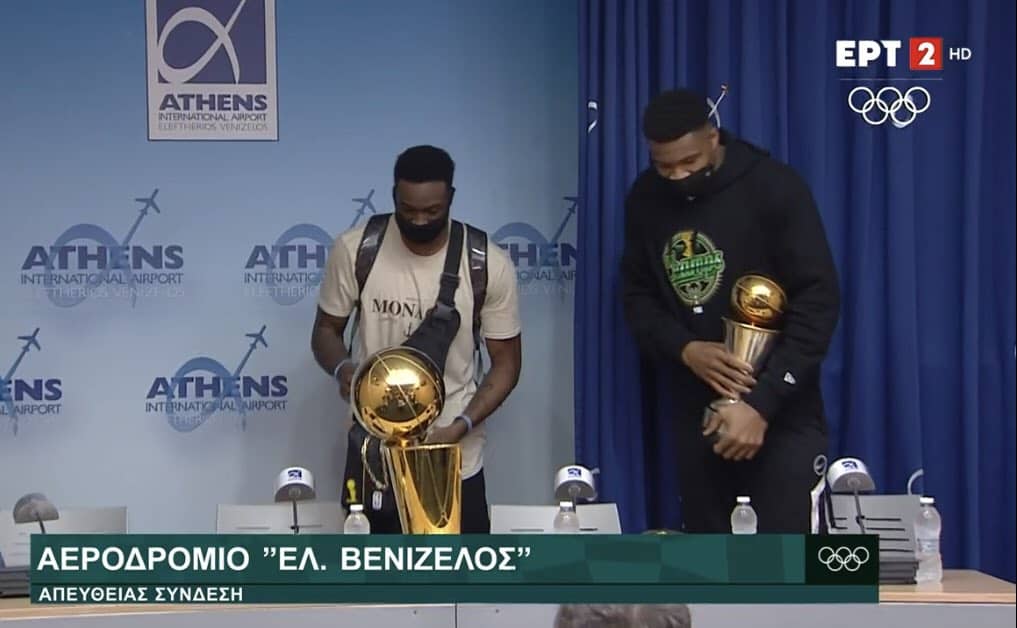 If the Milwaukee Bucks were able to win their first NBA title in 50 years, it was largely thanks to Giannis Antetokounmpo, who was stratospheric in the finals against the Phoenix Suns. But behind the Greek's performances are his parents, who instilled the value of hard work in him from an early age.

Finals MVP Giannis Antetokounmpo, who scored 50 points in the decisive Game 6, was a big part of the Milwaukee Bucks' second title in history and first in 50 years.

'' It's been a crazy ride," said the Greek, who is currently extending the celebration in his home country. '' If you had told me eight years ago that I would be in this position, with Thanasis (his brother and teammate), and we would have the NBA trophy with us, and we could take it anywhere we wanted, I would have told you you were crazy, what are you talking about? Let's try to score a basket first and then we'll see."

Behind his strong contribution to his team's performance, there is the hand of his parents. They showed him the way to success very early on. "It's the fruit of hard work. We never stopped," said Giannis. '' In this family (Antetokounmpo), it doesn't stop. That's what we saw all our lives, our parents never took a break. We would come home after school, after practice and see our parents working constantly, every day, to feed us and raise us, that's where that strength comes from."

Back to Sepolia, the starting point

His brother Thanasis thought of all the others who contributed to their success. "I want to thank everyone who has supported us this season, but not just this season," he refined. Since we started playing basketball. When we went abroad to pursue our dreams, we were supported."

The Antetokounmpo brothers intend to bring their NBA trophy back to Sepolia, the neighborhood where they grew up in Athens, the capital of Greece. Where it all takes root.