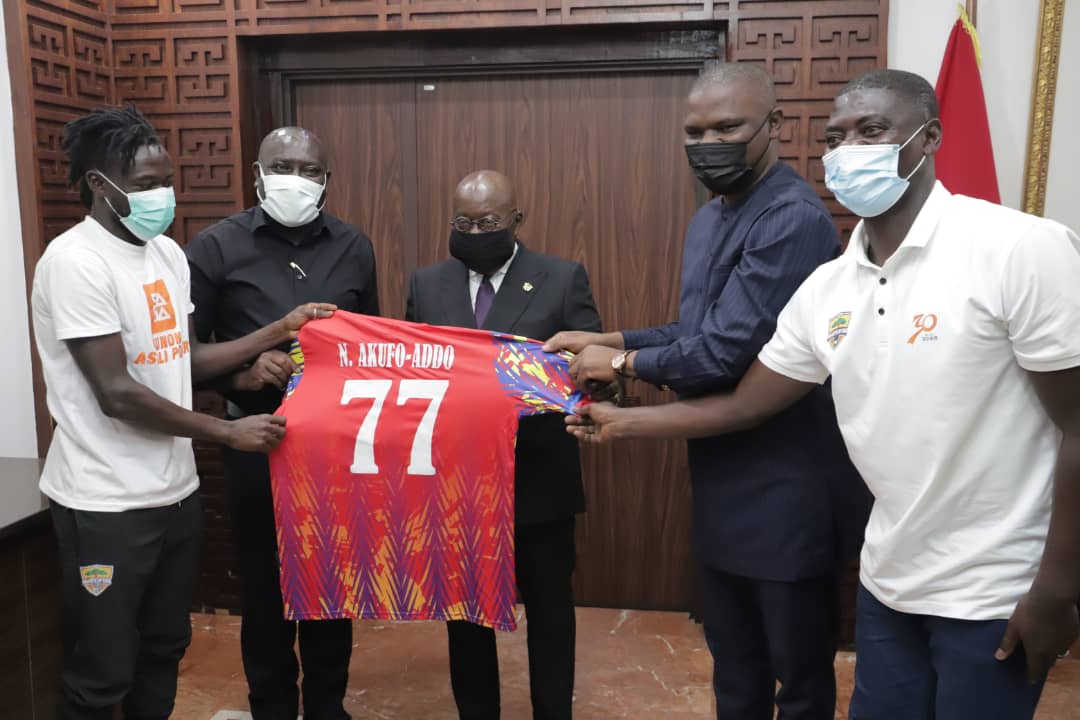 President of Ghana, Nana Addo Dankwa Akufo-Addo has made a huge donation the 2020/2021 Ghana Premier League Champions, Accra Hearts of Oak a One Million Ghana Cedis to boost their CAF Confederation Cup campaign.

The President of Ghana, made the donation to the Ghanaian giants when the team paid a courtesy call on him at the Jubilee House on Tuesday, 23rd November 2021.
The president made a similar donation to Asante Kotoko last year when they represented the nation in Africa.

The 2020/2021 Ghana Premier League Champions will start their Confederation Cup campaign on Sunday, November 28, 2021 in Accra against Algerian side, Jeunesse Sportive de la Saoura in a play-off for a place in the Group Stages of the competition.

They will then travel to Algeria for the return on December 5, 2021.

Hearts were drawn against JS Saoura after they crashed out of the CAF Champions League at the second qualifying round against Moroccan side Wydad Athletic Club.
The Ghana Premier League champions were walloped 6-2 on aggregate following a 6-1 mauling in Casablanca.

On the local scene, Hearts of Oak have played four games without a win – producing three draws and a week four defeat to AshantiGold at the Len Clay Stadium last Sunday.