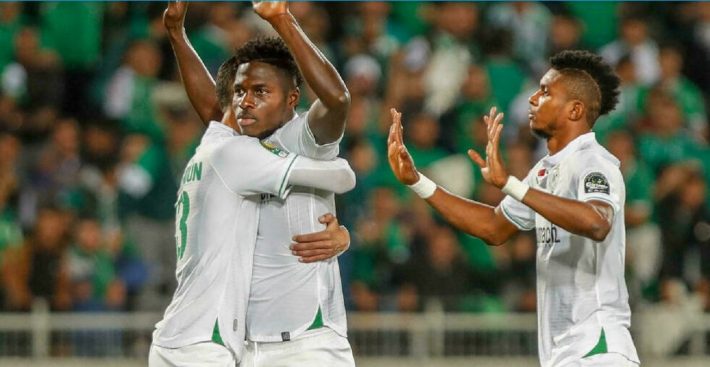 Raja of Casablanca are champions of this year's Caf Confederation Cup after doing away with JS Kabylie in the finals played on Saturday July 10, in Cotonou, Benin.

The Moroccan side set the stage for the victory in the 5th minute thanks to an early goal from Rahimi. The winger beat an early offside trap to dribble pass the Algerian keeper, tapping into an empty net. The goal was hugely contested but later validated following VAR intervention.

Early cruise mode for Raja meant panic for the Algerian side who's loss of concerntration was punished a few minutes later after the first goal. Ben Malango, the competition's top scorer proved how harmful he can be even with his back facing the goal. The Congolese striker pivoted on his right leg to make a swift 180 degree turn before pocking the ball in for Raja's second goal.

The Algerians of JS Kabylie later found their stamp in the game. They came back in the second half with better arguments at the Stade de l'Amitié in Cotonou, Benin. French coach Denis Lavagne changed his plans. He brought on his striker Rezki Hamroune. The Yellow-Green team then experienced a slight improvement. In the 46th minute, they managed to reduce the score thanks to Zakaria Boulahia.

We then expect a second period of intensity. Especially with the exclusion of Omar Arjoune (63rd). But Raja did not lose their nerve, remained solid and preserved their meagre lead. At full time the score board reads 2-1. The Moroccan team thus wins for the second time in its history, the Confederation Cup after that of 2018.