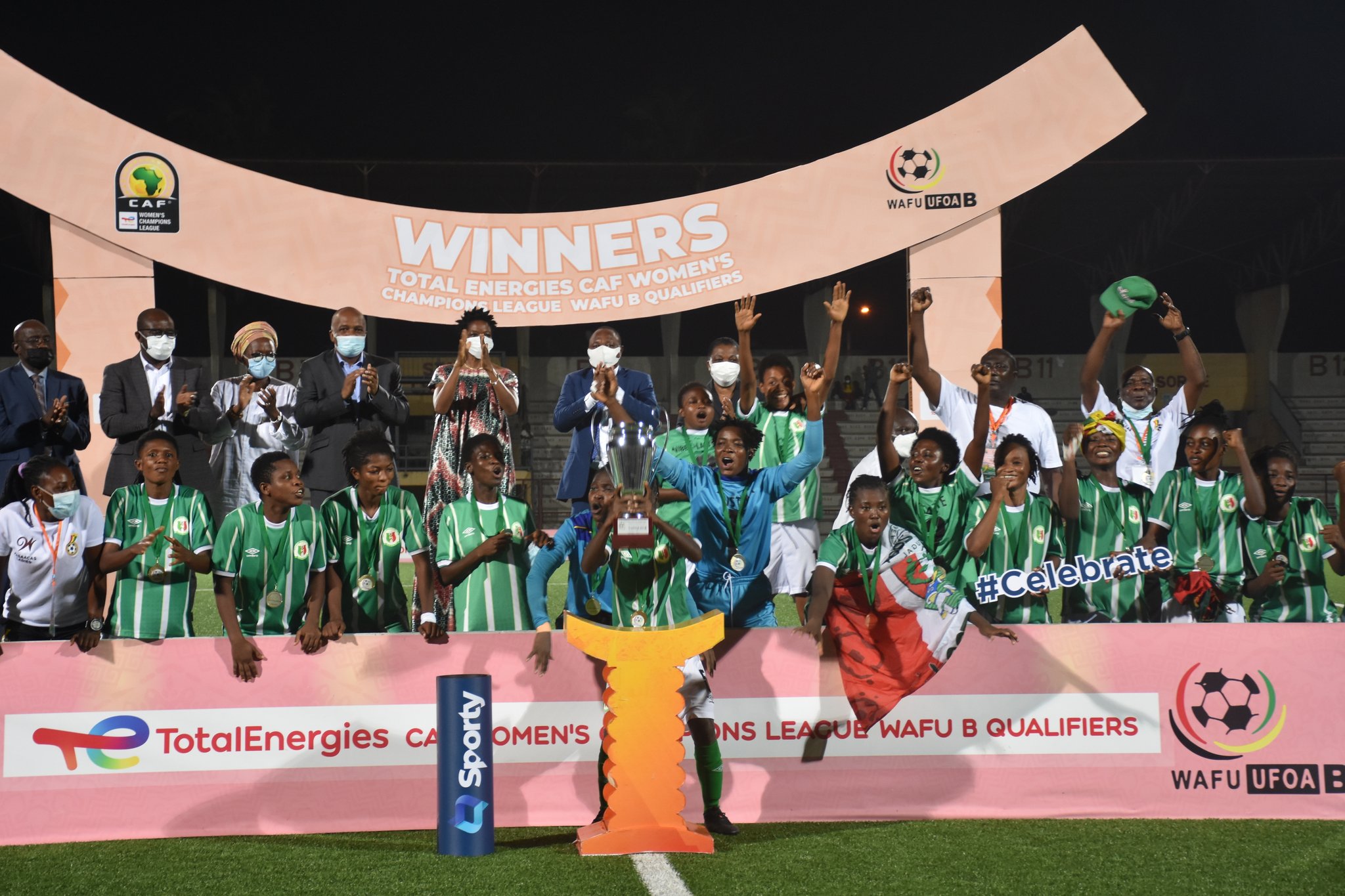 Hasaacas Ladies FC of Ghana have emerged grand winners of the CAF Women's Champions League WAFU Zone B qualifiers in Ivory Coast after they defeated Nigerian side Rivers Angels FC by 3-1 in the grand finale at the Stade Champroux on Thursday evening.

The Ghanaian side Hasaacas Ladies were in the lead at the start of the game; securing two goals before the break.

In the first half of the game, their Nigerian counterparts were under intense pressure.

Four attackers namely Veronica Appiah, Evelyn Badu, Doris Boaduwaa, and Milot Pokuaa in the lineup was enough to keep the team in the lead.

Hasaacas Ladies had the opening score in the first minute through a stunner from Veronica Appiah after Rahama Jafaru’s attempt had been denied by the woodwork.

Nigeria's Rivers Angels were only able to gain momentum few minutes after conceding after they were awarded a free-kick 20 meters away from Hasaacas Ladies' penalty box.

In just 10 minutes into the game, Vivian Ikechukwu was able provide an equalizer as a result of defensive error from the Ghanaian side.

In the 35th minute, however, Hasaacas Ladies were forced to make an early substitution as Milot Pokua had to be replaced by Success Ameyaw due to injury.

Perpetual Agyekum in the 41st minute restored the lead for Hasaacas Ladies with a stunning free-kick.

The first half of the game ended by 2-1against the Rivers Angels of Nigeria.

The second half saw defender Azumah Bugre register her first goal of the tournament to complete their resounding win over Nigerian giants Rivers Angels FC.

Hasaacas Ladies have already qualified to compete in the maiden edition of the CAF Women Champions League.

River Angels will also join Hasaacas Ladies in competing in the championship.

They will join teams such as AS Mandé of Mali, ASFAR of Morocco, and Wadi Degla FC.