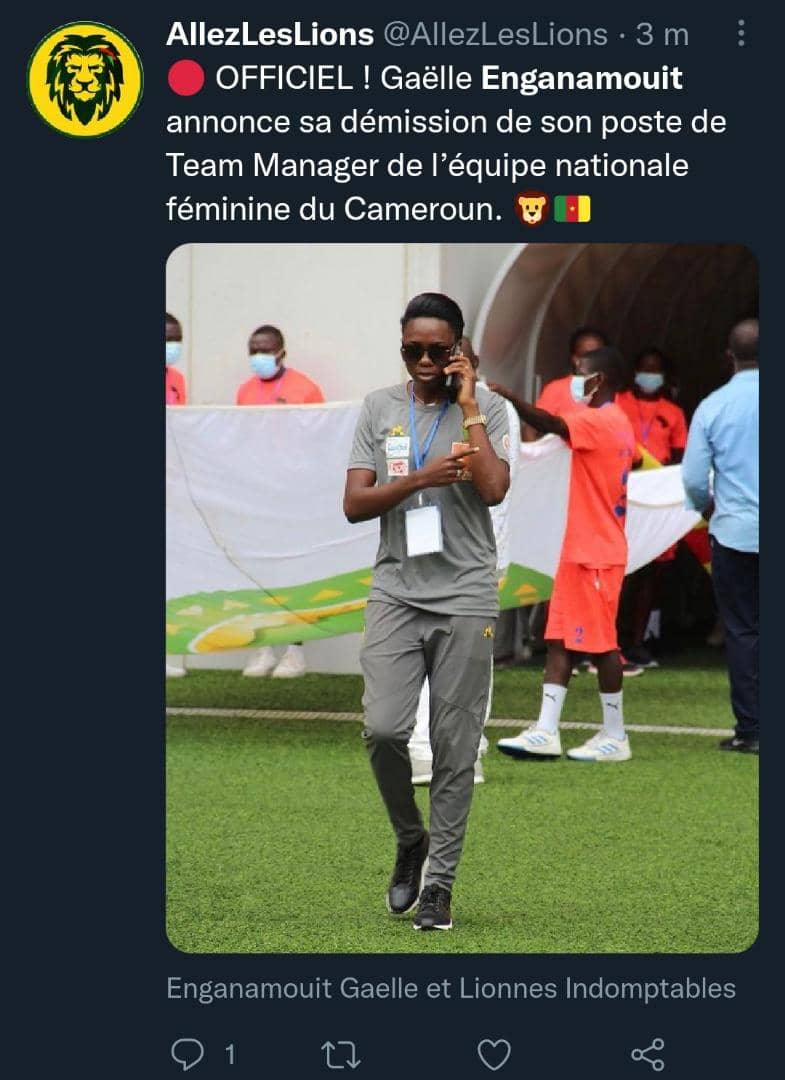 The news of former Indomitable Lioness striker Gael Debora Enganamouit's resignation as the team manager of the Indomitable Lionesses of Cameroon has spread like wild fire over social media. A letter supposedly signed by the former striker, addressed to the interim FECAFOOT president Seidou Mbombo Njoya has been made public Thursday night.

Reading from the text, the 30 year old former African footballer of the year sights several instances wherein there seemed to be bad blood between the two.

17 October 2021, the letter states that the player had been accused by the president of meddling into the technical aspects of the national team. Something the team manager refutes.

A few days later on October 23rd in Garoua, the two met in an entourage that was visiting the AFCON sites specifically at the Roumde-Adjia, the president accused Enganamouit of misplacing her priorities with the national team, insinuating she was not suppose to be on tour in Garoua while the team was to play in Douala the next day against the CAR female squad, match counting for qualifiers to the 2022 AWCON. The manager says in the letter that the president had threatened a disciplinary sanction will follow.

Indeed a query letter was served to the team manager on October 29, one which Enganamouit took the pains to reply.

In her concluding paragraphs, she summarizes with a question to the president, who seemed to be condemning her for responding to an invite by the Secretary General to the Presidency Ferdinard Ngoh Ngoh who led a mission made up of ex footballers to the AFCON hosting cities across Cameroon in the month of October.

“ Mr President I have served my country with dignity on and off the pitch and will continue doing so, but certainly not with you. I plead you consider my resignation with immediate effect,” was the concluding sentence of the said letter.

No word from the federation boss nor the communication department as the news continues to hit front pages in Cameroon. 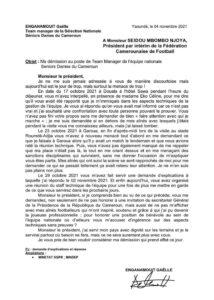