Champions League: Chelsea clinical against Lille while Villarreal and Juventus level out 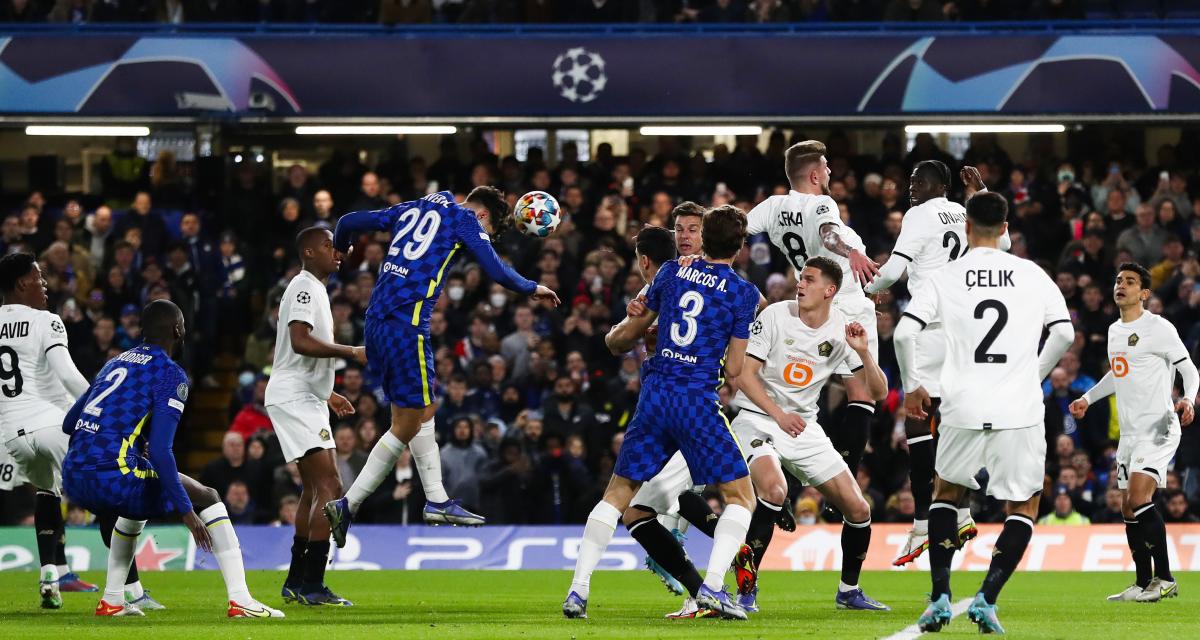 Champions League: Chelsea clinical against Lille while Villarreal and Juventus level out

The Champions League round of 16 continued on Tuesday. Two matches were on the menu this Tuesday, with Chelsea-Lille and Villarreal-Juventus. Chelsea beat Lille 2-0 while Villarreal and Juve drew 1-1. The return leg is scheduled for 16 March.

Thomas Tuchel can't make his XI without Hakim Ziyech at the moment. The Moroccan is in good shape in 2022 (top scorer of the club with 4 goals). And to face Lille in the first leg of the Champions League, the German technician has once again relied on the Moroccan left-footer. However, he decided to put Romeku Lukaku on the bench. The Belgian has scored only three goals in his last ten games (including three at the Club World Cup). And his performance at Crystal Palace this weekend (7 balls touched, no shots) did not help him.

Chelsea had an ideal start to the game. The Blues had two clear chances in the first five minutes through Kai Havertz. But the German shot over the top before being denied by Lille goalkeeper Jardim. But on his third attempt, Havertz heads in a corner beautifully curled in by Hakim Ziyech (8'). 1-0 for the Blues.

Groggy in the beginning of the match, Lille tries to react. After a corner followed by a scramble in the 12th minute, Jonathan Bamba and Benjamin André both hit the ball, but both were blocked by the opposition's feet.

The Lille players, stunned at the start, nevertheless showed themselves to be enterprising. Jonatham Bamba and Renato Sanchez struggled on the wings. While midfielders André Onana and Benjamin André are picking up more and more of the ball. Lille ended the first half of the Champions League round of 16 with more shots than the defending champions (9 shots against 5). However, they only managed to get one on target.

Ziyech out with injury
Hakim Ziyech, who scored his second Champions League assist of the season, created a number of chances this evening. But the Moroccan left-back was unable to continue the match. Injured, Ziyech was replaced by Saùl Niguez in the 60th minute.

The Blues are going to accelerate to put themselves in the clear. After a lightning acceleration, Ngolo Kanté serves Christian Pulisic. The American controlled the ball and put it past Jardim (2-0, 63'). From then on, the Chelsea players were content to manage their lead.

Lille tried to reduce the score, but their attempts did not endanger Edouard Mendy. With this 2-0 victory, Chelsea takes a serious option for the qualification to the quarterfinals of the Champions League.

Dušan Vlahović, the Serbian angel
Today, observers consider that among the center-forwards, two are called to take over from names like Lewandowski, Benzema or Suarez: Erling Halaand (Dortmund), and Dušan Vlahović (Juventus). And for his first match in the Champions League, the Serbian striker needed only one minute to score (33 seconds to be precise). After a high recovery, Danilo fed Dušan Vlahović who controlled with his chest before swiveling and adjusting the keeper with a right cross-shot.

Villarreal 1-1 Juventus: A perfect start for Juve, with Dusan Vlahović's UCL debut goal on 33 seconds, but they were unable to build upon that and Villarreal found a way back into the game.

Villarreal now took control of the game. However, the yellow sub could not find the solution. Lo Celso, Danjuma, try, but the lock of the Old Lady does not give way. At the break, Juve lead 1-0.

Villarreal push, Parejo finds the target
Villarreal pushed for the breakthrough. Faced with the solidity of the Italians' defense, the Spaniards continued to rush forward. A strategy that finally paid off in the 66th minute. Dani Parejo put his left foot in opposition to a service from Etienne Capoue at the back of the defense and beat Szczęsny (1-1).

The score would not budge again despite a chance from Vlahović in the 86th. Both teams will therefore have every chance on 16 March in Turin.