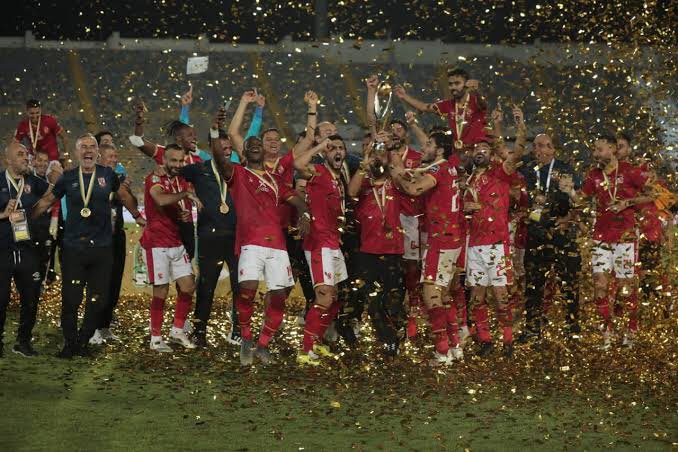 The Egyptian Football Association wants FIFA to review its schedule for the Club World Cup. Al Ahly, who are due to play in the competition from 3-12 February, have several players with the Egyptian national team at the African Cup of Nations (9 January-6 February). The Egyptian Football Federation has sent a letter to the world body after the referral of Al Ahly.

"Al Ahly has sent an official letter to the Egyptian Football Association (EFA). The latter recognizes the efforts of Ahmed Megahed, president of the EFA, to resolve the conflict of dates between the African Cup of Nations in Cameroon, scheduled from 9 to 6 January-February 2022. And the FIFA Club World Cup in the United Arab Emirates, scheduled for 3-12 February 2022," reads the official website of Al Ahly. "Megahed (president of the Egyptian Football Federation) said in an interview on Sunday that the Egyptian national team will participate in the African Cup of Nations with the full squad and that it will be the same with Al Ahly in the FIFA Club World Cup," the same source added.

The dates of the FIFA Club World Cup (3 February to 12 February) coincide with the African Cup of Nations, which runs from 9 January to 6 February.

This is proving to be a big problem for Al Ahly. Many of their players will be participating in the AFCON, whether they are Egyptians or other internationals like Ali Maaloul (Tunisia), Aliou Dieng (Mali) and Badr Benoun (Morocco).

If any of the countries mentioned reach the last 16 of the tournament, Al Ahly will be missing key elements of their squad at the FIFA Club World Cup.

Al Ahly's sporting director Sayed Abdelhafiz even criticized the EFA and CAF for their lack of efforts to help the Reds solve this problem. After the Al Ahly manager's outburst, the Egyptian FA wrote to FIFA.