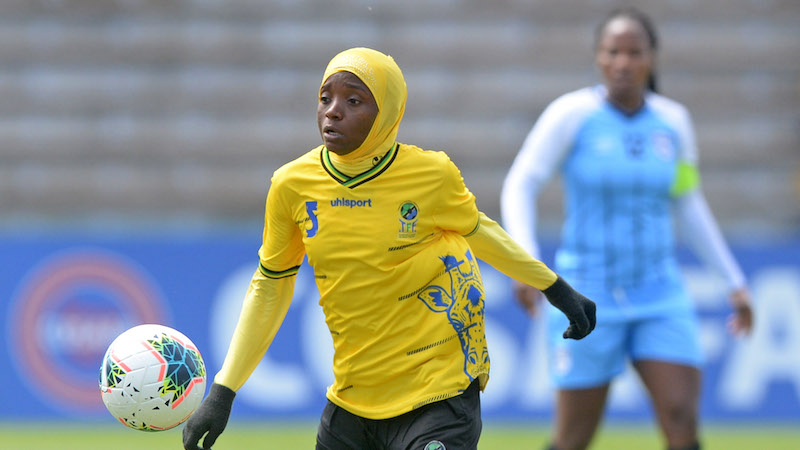 The first semi-final ticket of the COSAFA Cup goes to the guest of this competition, Tanzania. The latter surprised Botswana (2-0) and took the lead in group B. Zimbabwe are back in the group after beating South Sudan 2-1.

Tanzania is the first team to qualify for the semi-finals of the COSAFA Cup. The Tanzanians have indeed recorded a second victory on Saturday, October 2, in the second day of the pool B. They achieved a great performance by beating the finalist of the last edition, Botswana (2-0).

It took only five minutes to see the guests open the score thanks to a superb goal by Donisia Minja. The two teams went into the locker room with a score of 1-0. Mwana Hamisi doubled the score for the Tanzanian team (79th). Tanzania takes the lead in this group with six points. Botswana is second with three points.

Zimbabwe, on the other hand, is back on track in the Cosafa Cup. The Warriors beat South Sudan (2-1), the other guest of the competition. Rudo Neshamba gave Zimbabwe the lead in the 12th minute. But the South Sudanese continued to push and equalize thanks to Chieng Riek (77th). But Marjory Nyaumwe put an end to the South Sudanese hopes by scoring the winning goal at the end of the game (83rd). South Sudan's captain Ami Lasu finished as the best player of the match.

The second round of matches in Pool C will be played on Sunday 3 October. Eswatini take on Uganda at 10am GMT while Zambia play Namibia at 1.30pm.