DR Congo: Bakambu fires on Cuper and threatens to leave the national team 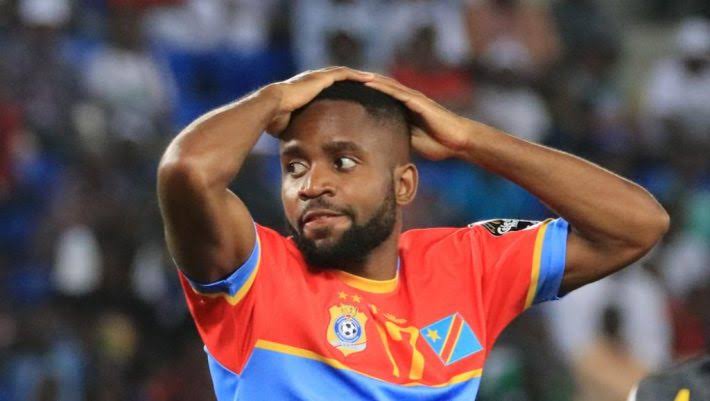 DR Congo: Bakambu fires on Cuper and threatens to leave the national team.

Frustration reigns among the Leopards of the DRC after not qualifying for the 2022 World Cup. Humiliated by the Atlas Lions of Morocco (4-1) during the second leg of the play-offs in Casablanca, the Congolese players are beginning to come out of silence.

This is the case of Cedric Bakambu. The striker of Marseille disavowed the coach Hector Cuper and all his staff while threatening not to return to the selection.

What's left of the DRC national team after not qualifying for the 2022 World Cup? Of the storm, no doubt. Eliminated in the play-offs by the Atlas Lions of Morocco, who notably crushed them in the return match in Casablanca (4-1), the Leopards are struggling to digest this humiliation. A big disillusionment for a generation of players who hoped to write their name in the history of the country by qualifying their team for the World Cup, 48 years after its only participation in this competition in 1974.

Dream now broken and frustration is no longer to hide among players who are beginning to emerge from the silence. This is the case of Cedric Bakambu. The striker of Olympique de Marseille has, in a conversation that has leaked on social networks, at the limit, treated Hector Cuper, coach of the DRC and his staff of ignorant about the workforce and the history of the DRC team.

"In games like this, you have to go with people who know. But I have the impression that the coach and his staff do not know the players or the team's past. In games like this, you need guys with experience, guys who can get the ball out of your hands," he said. The coach completely screwed up with his scheme During this match, the Leopards played in a 3-4-3 formation as they did at the start. A very unusual system for the Congolese players with three central defenders. It was the first time that Hector Cuper used it since his arrival on the Leopards' bench. The latter visibly struggled to perform on the field as Cedric Bakambu acknowledged.

"I already knew what was going to happen two days before because I had spoken with the coach. I then told the others. I already knew the composition. He wanted everyone to be happy; he wanted the three central defenders not to be at war with each other and he put all three on the field. That's not the way things are done. And now he's paid for it. A guy who's sulking because he's not playing and he puts him in. No, it's not like that. If you put five defenders behind you, you get two goals in the first half and up front you can't even get chances. We had to play offensively, it's better to take goals but we had to put them in danger. In the second half we created opportunities because we started to recover balls very high, " hammered  Bakambu.

"Coming to play in such conditions does not interest me anymore" After emptying his bag, Cedric Bakambu threatened not to return to the selection. The former player of Villarreal expressed his fed up. "If I say I'll stop, it's because I'm tired. I do not have that to do. Coming to play in such conditions does not interest me anymore. I'm in Marseille and I'm going to lead my own life. I have wasted too much energy on this team. Hope is what makes you live, if you don't have hope anymore, what do you do? If I came because I was passionate, but if that passion no longer exists, how can I come? I don't want to pretend, to make people believe that I'm happy to wear the shirt, no". In spite of this, Bakambu does not want to slam the door without looking back. He does not want to set a bad example to young people. "The evil is deep.

On the one hand I want to stop but on the other I look at the Wissa, the Bongonda who have just arrived. If I leave, what message will I give them? This elimination will leave traces, just as  the statements of Cedric Bakambu.