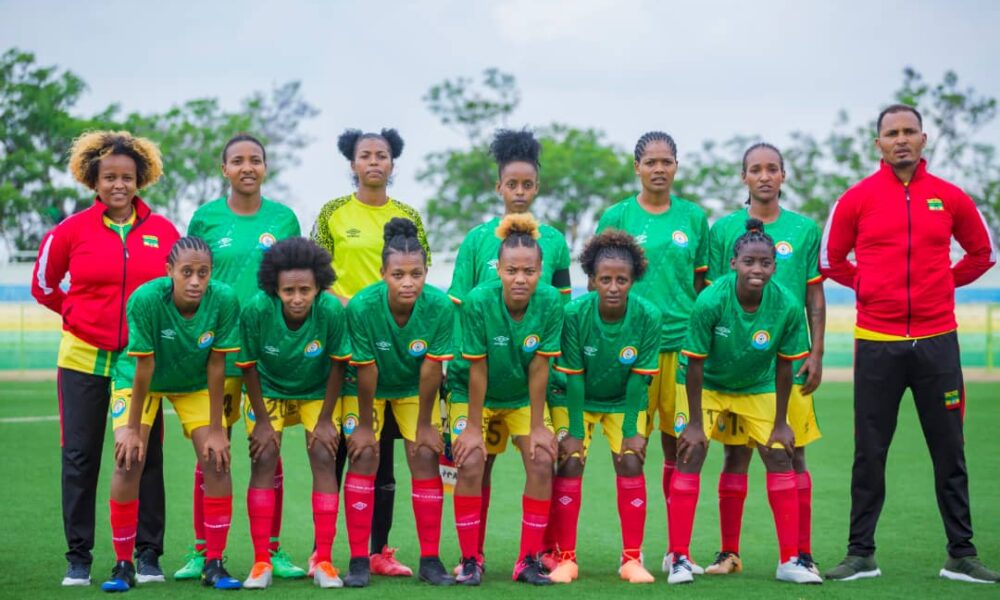 Hosts Ethiopia walloped Botswana 5-1 in the second leg of the third round in the 2022 FIFA U-20 Women’s World Cup qualifiers.

The win on Friday at the Abebe Bikila Stadium saw Ethiopia qualify for the fourth round on a 8-2 goal aggregate.

Turist Lema Tone should have given the Ethiopian team the lead after 13 minutes, but her effort was tipped off for a corner by Botswana’s goalkeeper Lorato Doris Motshegwe.

As the visitors played a more defensive game, the hosts attacked in numbers. After 27 minutes defender Thomas Keimetse nodded in an own goal to give Ethiopia the lead.

Ariet Odong Ojho who also scored in the first leg 3-1 win got her name on the score sheet three minutes later with a good finish. The Botswana team tried to fight back and shoot at the Ethiopian goal from outside the box, but failed to find the target.

Ridiet Assresahagn increased Ethiopia’s lead when she dribbled well after 33 minutes before unleashing a hard shot that the Botswana goalkeeper failed to pick. Assresahgn was at it again three minutes later with another well taken shot to make it 4-0.

In the second half Botswana made some changes before making one good move which saw Mosotho Nomsa Tshegofatso punched out for a corner kick after 54 minutes. But after 57 minutes Botswana conceded another own goal with Lirato Motligelwa beating her goalkeeper.

After 86 minutes a good individual effort saw Tshegofatso pull one back for Botswana.

Firew Hailegebral, the Ethiopian coach said he was happy with his team’s display. “We started the game well and made sure we took our chances. We now need to think about the next round,” added Hailebral.

The Botswana captain Rethabile Letty Segobye said although they lost the two matches to Ethiopia, it was a learning process.

Ethiopia, who are also the 2021 CECAFA U-20 Women’s Champions, will face the winner between Burundi and Tanzania in the fourth round.

Africa will be represented by two teams in the 2022 FIFA U-20 Women’s World Cup to be played in Costa Rica.