Eto'o to Indomitable Lionesses: "You are the best in Africa 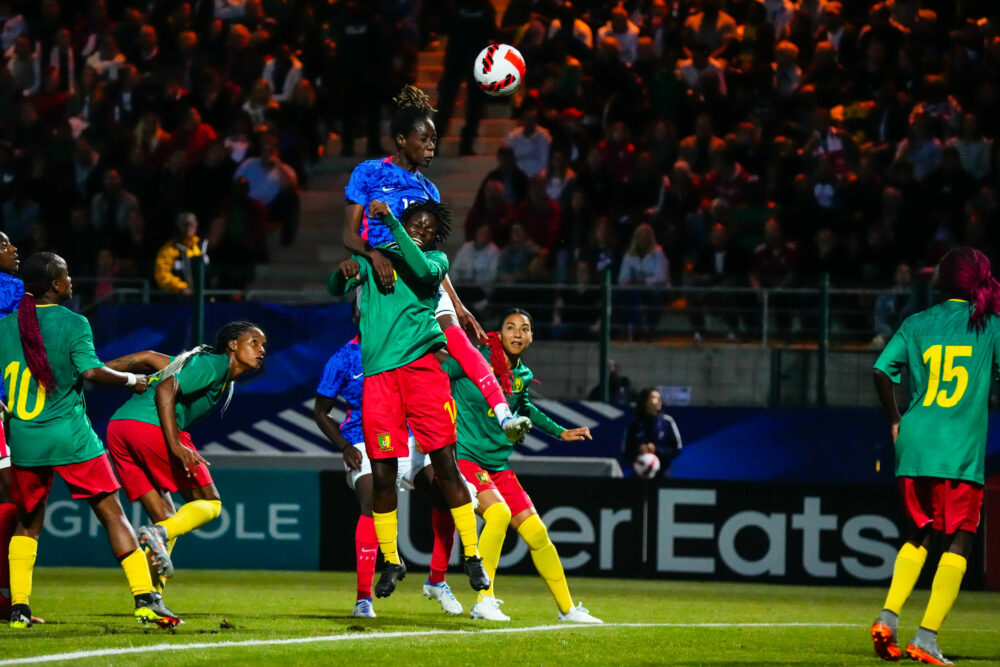 Eto'o to Indomitable Lionesses: "You are the best in Africa

A few days before the start of the 14th edition of the women's AFCON, Cameroon sank in a friendly against France 4-0 on Saturday 25 June. For the president of the Cameroonian Football Federation Samuel Eto'o, this large setback is not a concern because he knows that his players are the best in Africa and that his objective is already to prepare for the World Cup.

From July 2 to July 23, 12 nations will try to win the trophy of the 14th edition of the women's AFCON. The ogre Nigeria, which has won all 11 titles, will be the number one favorite to succeed them. Especially since Equatorial Guinea, which has stolen the limelight twice (2008 and 2012) will be absent in Morocco. But the Super Falcons will have to be wary of South Africa, five times finalists and also of Cameroon. The Cameroonians have finished 7 times on the podium.

However, the results of the Indomitable Lionesses in the run-up to the tournament do not give much cause for optimism. Ajara N'chout and her team-mates drew 2-2 and won 1-0 against Senegal, who have only made one appearance at the AFCON. And even more worrying, they sank against France on Saturday in Beauvais (4-0). The president of the Cameroon Football Federation, Samuel Eto'o, however, minimizes the effect of this defeat. He said he had not hesitated to lather up the Lions after the small victory (1-0) against Burundi in the qualifiers for the 2023 African Cup of Nations, but this time the young leader decided to give the Lionesses a pat on the back. "If I tell you sincerely that I expected you to win this match (ed.: against France), it would be lying to you. But you will play many games like this," said Eto'o.

"I wish we would also play France in Yaounde"
The FECAFOOT president even praises his players. I think you are the best in Africa," said Samuel Eto'o. I know that in the African Cup, we will go to the semi-finals. I know that in the African Cup, we'll make it to the semi-finals at least, and since that's a given, the real challenge is here: the next World Cup. That is the real challenge. And as I said to the woman who represented the president of the French Football Federation, I want us to play France in Yaounde too. We are going to participate in all the big tournaments where there will be teams that are better than us today.''

To qualify for the World Cup, Cameroon must reach the semi-finals of the competition. The Indomitable Lionesses share pool B with Zambia, Tunisia and Togo.