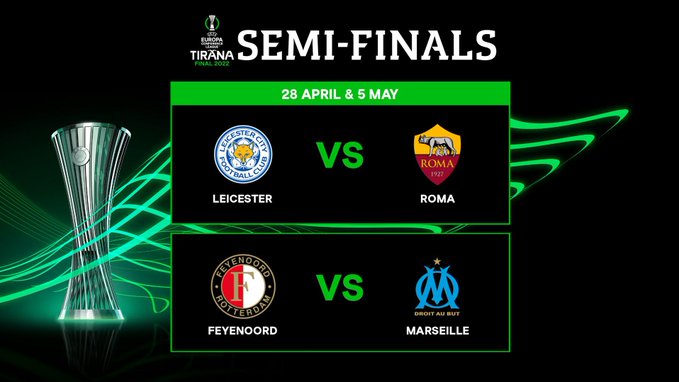 Leicester City advances to the semi finals of the Europa Conference League with an away win in Holland over PSV.

After playing a 0-0 draw last wee at the King Power, the Foxes assured the semis with a fine 2-1 away win. James Maddison and Ricardo Pereira led a second half revolt for the English side who were led 1-0 at half time.

Leicester sails through 2-1 on aggregate.

Jose Mourinho's AS Roma also had a good display in front of their home fans as they demolished visiting  Bodo/Glimt 4-0 on the night. Former Chelsea striker Tammy Abraham opened scoring 5 minutes into the game before Italian winger Zaniolo stole the show with a hat trick.

Roma were beaten 2-1 in the away fixture last week and so they finally make the semis on a 5-2 aggregate.

Feyenoord from Holland also qualified with an away 3-1 victory to Slavia Praha. The home side equalized a 2nd minute goal through Ibrahima Traore at the 14th minute only to surrender their lead in the second half.

Both teams had squared out in a 6 goal thriller last week in the away game.

The last semi finals ticket was plugged by French side Olympique de Marseille on their travels.

The team consolidate their spot with a 3-0 aggregate win over PAOK. They secured a step in when they beat PAOK 2-0 in France only to round off things last night with another 1-0 win.

Captain Dimitry Payet's 34th minute strike made the difference in the game. 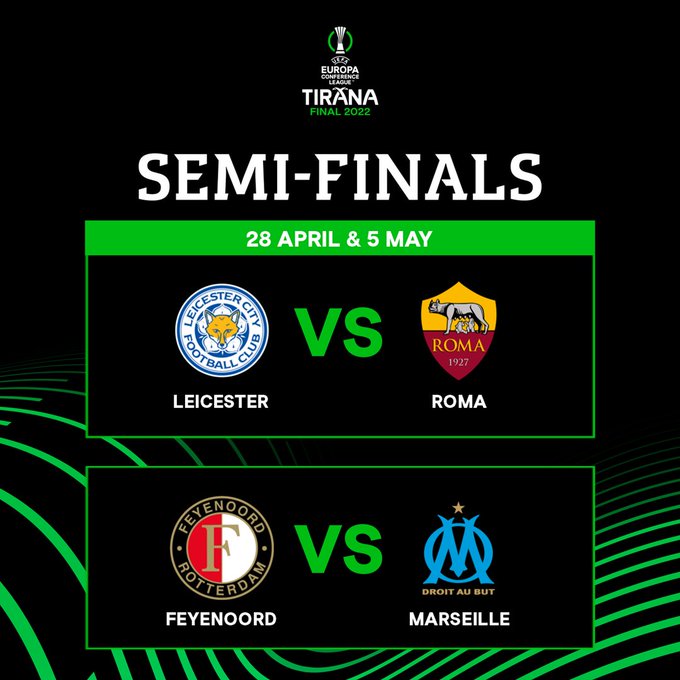