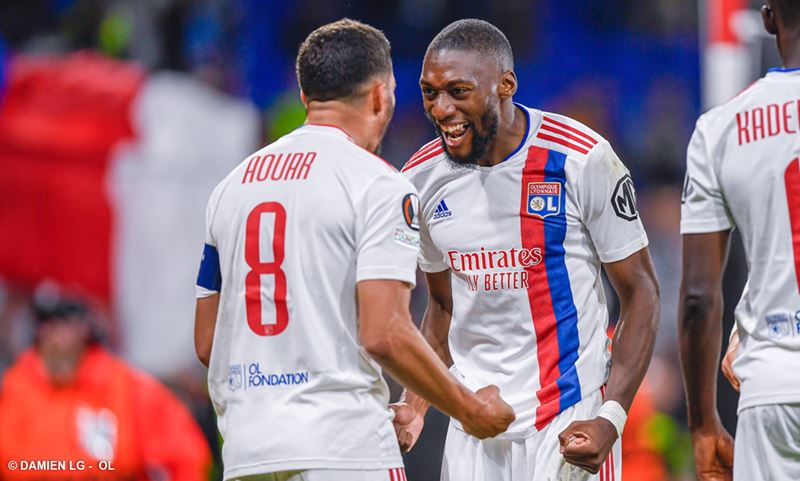 Lyon's Cameroonian Karl Toko Ekambi put in a magnificent performance in a 3-0 win over Brondby. The Indomitable Lion, often mocked for his grotesque misses, is currently on a disconcerting success.

With Karl Toko Ekambi, it's all or nothing. His series of blunders can be long and especially worrying. But they are certainly always followed by masterclasses worthy of great strikers. On a bad night, the Cameroonian is the worst of the square pegs. He is capable of hitting the post in front of completely empty goals.

These misses have earned him the nickname Karl ''Poteau et Tant pis''. But tonight, at the Groupama Stadium, the fans will undoubtedly call him the providential man. Or simply the messiah.

Karl Toko Ekambi was unstoppable in the second half against Brondby. He first allowed Lyon, who had been held up by the Danish club throughout the first half, to break the deadlock (1-0, 64'). And immediately afterwards, Ekambi added to his tally by scoring the second goal of the game (71st).

Ekambi decisive 6 times in the last 5 games
The 2017 African champion scored twice and then turned into a passer for Houssem Aouar, who had not yet found the net since the start of the season. Ekambi then sent a delicious cross to his teammate after a festival on the Lyon side.

The two goals and the pass to Aouar confirm the 29-year-old's excellent month of September. After going nine games without scoring for Lyon (between the end of last season and the current one), KTE woke up a fortnight ago at Ibrox Park where his fine goal put Lyon on the right track to a 2-0 win over Rangers and a good start to their European campaign.

Three days later, Ekambi allowed Lucas Paqueta to open the scoring in Lyon's 2-1 defeat of Paris. He then equalized on Saturday against Lorient (1-1) before this masterpiece in the European Cup against Brondby (3-0).