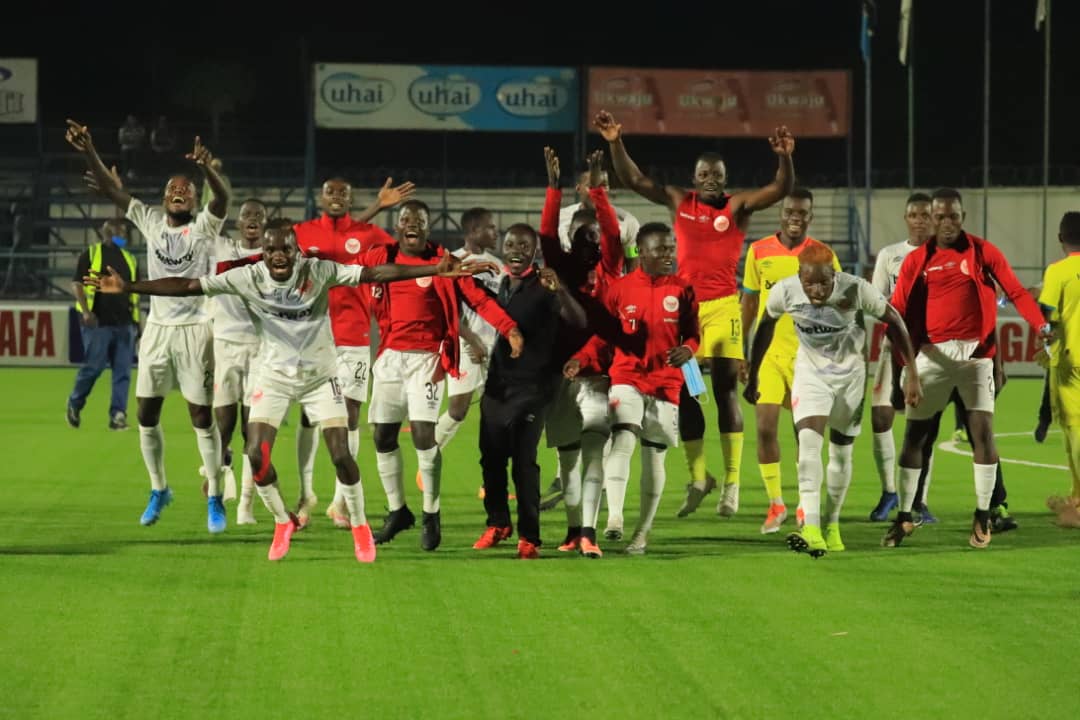 In the first semi final match played on Tuesday at the Azam Complex, Chamazi in the Tanzanian capital Dar es salaam, Express FC scored two second half goals to book a place in the final.

Ibrahim Abdallah Hamad gave the Zanzibar side the lead at the stroke of half time with a well taken free kick that beat the Express FC goalkeeper Joel Mutakubwa.

Predictably the Uganda Premier League champions returned with more hunger before making it 1-1 after 56 minutes. Muzamiru Mutyaba scored his third goal of the tournament when he curled in a freekick from outside the box.

The early goal in the second half gave Express FC the momentum to dominate play and create more scoring opportunities, but Martin Kizza and Eric Kambale were not sharp enough to finish.

After the fourth official had indicated added time Express Fc was awarded a penalty after Kiiza had been brought down in the box. Kambale made no mistake from the spot to ensure Express Fc make it to the final after 26 years of waiting.

Express FC head coach Wasswa Bbosa thanked the players for battling from a goal down to win the semi final match. “It was not easy facing a team that defends in numbers like KMKM, but am happy we are in the final now,” added Bbosa.

On Wednesday Tanzanian side Azam FC will face guest side Nyasa Big Bullets FC (Malawi) in the second semi final match. The final and play-off will be played on August 14th.

The CECAFA Kagame Cup is the second tournament on the CECAFA 2021 calendar after the CECAFA U-23 Challenge Cup which took place in Bahir Dar, Ethiopia.