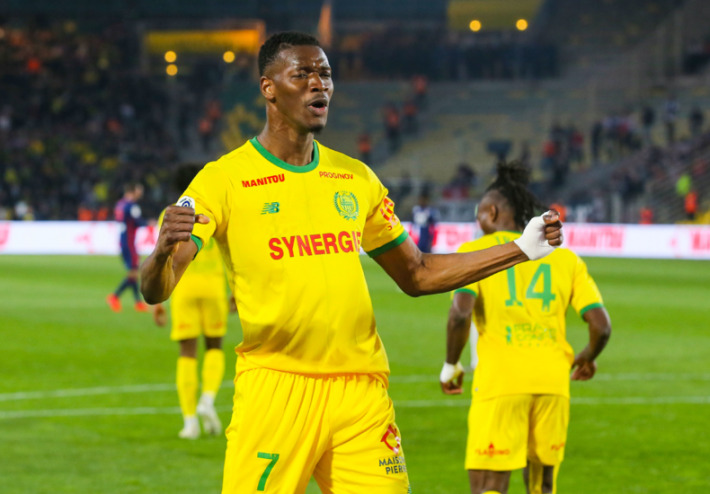 On the verge of relegation last season, Nantes currently occupies sixth place in Ligue 1. The Canaries have made a remarkable comeback, with three African players making their contribution, each in their own way.

The 2020-2021 season almost turned into a nightmare for Nantes. In the fight for survival for several games, the Canaries have struggled to string together good results. They finally had to save themselves in the play-offs against Toulouse (2-0, 1-0). But this period of uncertainty now seems to be long gone for the Nantes club.

The Canaries, who are sixth in the table with 42 points after 27 games in Ligue 1, have had an exceptional season, as evidenced by their victory over PSG (3-1, day 25) and their qualification for the French Cup final 22 years later. Totally opposite to their previous campaign. If they owe this revolution largely to their coach Antoine Kombouaré, the Nantes  are visibly powered by their African players: the Nigerian Moses Simon and the two Malians Charles Traoré and Kalifa Coulibaly.

Moses Simon, the club's second most decisive player
He is without doubt one of the most versatile wingers in Ligue 1. With his speed combined with his wide range of dribbling skills, the Nigerian makes life difficult for opposing defenses. The 26-year-old winger is a key part of Kombouaré's starting line-up and has played 25 games this season, scoring three goals and providing seven assists. He is the second most decisive player for Nantes behind French striker Randal Kolo Muani (11 goals and 3 assists). He is also the one who gave the Canaries a place in the final against Monaco, converting his penalty in the shoot-out (2-2, 4 tab2).

Charles Traoré, is now Kombouaré's first pick
In the first half of the season, Charles Traoré has been a key figure in the team's success, particularly in the match against Montpellier on 30 November 2021, when he put in a catastrophic performance, but he has since picked up where he left off. The Malian left-back was given a poor rating of 2/10 by L'Equipe in that match, which his team lost 2-0, but like his team, he has returned to a better level. Kambouaré's trusted advisor, the former Trojan is present whenever his coach needs his services. The 30-year-old Malian has played in 16 matches for Nantes this season, including eight as a starter.

Kalifa Coulibaly, a second-choice player
His statistics are not a reference. In 11 games played this season, Kalifa Coulibaly has scored only one goal. Too little for a striker. But the Malian international compensates for his lack of efficiency by his collective work. The 30-year-old striker is often at the front and in duels, and his size (1.97m) makes him an imposing figure on his opponents. His contribution with his back to goal is also good for his team when he gets the ball out. He has played 11 matches this season, including 3 as a starter.