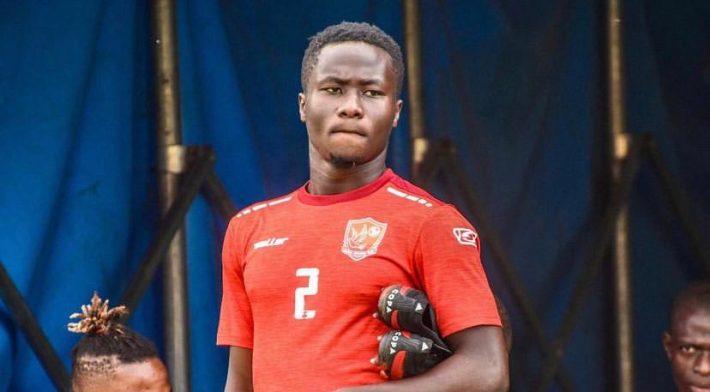 Horoya AC have just won the Guinean championship for the 20th time and eighth time in a row, but Morlaye Sylla, one of the club's nuggets, is said to be on the move. Even if the player remains unclear about his future at Horoya, the club's staff seems resigned to losing its jewel.

Morlaye Sylla has been rumored to be leaving the club for a few years now, but after several years of loyal service, he is about to turn the page on Horoya. The main interested party, at the end of a championship match, spoke about his future. He was cautious: "I don't know yet. The championship is not yet officially over. I will try to play the two games and at the end, I will see what we will decide", said Morlaye Sylla.

Morlaye Sylla, who is credited with a good African Nations Championship in 2020 in Cameroon, was announced on the table of many European clubs. Despite his requests, the player wanted to go to the end of his contract with Horoya AC. To remedy this, the Guinean international has turned to a new agency to manage his sporting interests. With his contract due to expire in a few months' time, the question of a possible extension of his contract has once again arisen. He continues to keep it vague: "I don't know. I have no idea. Because I don't have a decision at the moment," said Morlaye Sylla.

On the side of the staff of the club, they seem resigned to losing their jewel. The president of the club, questioned on the issue, said. "As president, I believe that Morlaye Sylla has reached a level of maturity in his career that only he can decide. Everyone must be responsible for his actions," says Soufiane Souaré.

At Horoya AC, the page of Morlaye Sylla is about to be turned. However, the president is pleased with his progress: "He is of a certain age. He has a certain experience; he is on a certain dynamic within the club. Of course, there have been repercussions on his career, because of course he has been selected for the national team. I think there is a certain progression that we have seen from Morlaye", says Soufiane Souaré.

Morlaye Sylla who reached the ¼ final of the Champions League and the ½ final of the CAF Cup, with Horoya AC is more than on the way out. The young player, who recently became champion of Guinea, continues to maintain the vagueness around his future. There is no doubt that in view of his performances with Horoya and Syli, he would welcome a move elsewhere. The future of Morlaye Sylla is therefore increasingly dotted with Horoya AC.