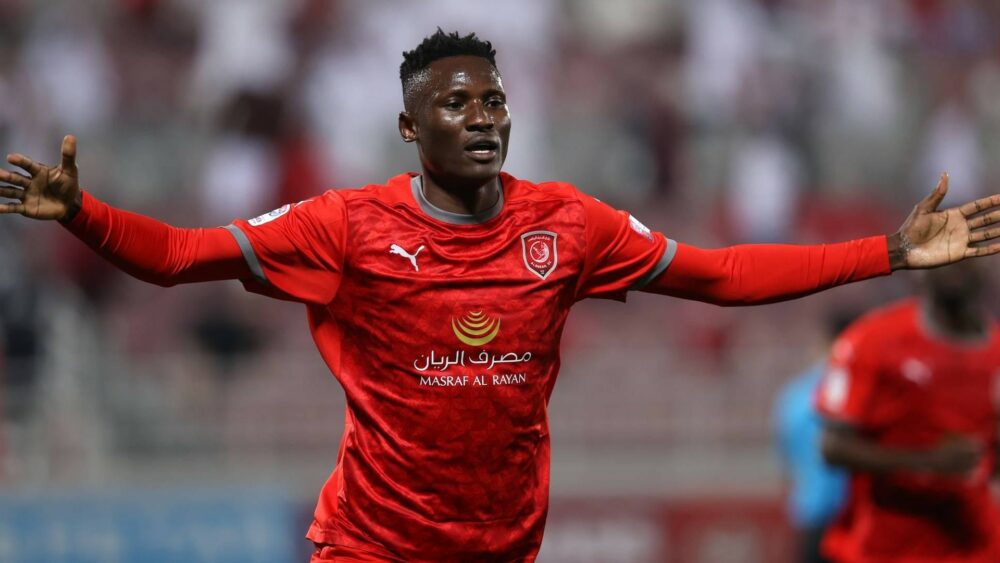 After four rounds of matches in the Qatari league, four Africans occupy the top spots in the scoring charts. Although he has only played two games, Kenya's Michael Olunga Ogada leads the way with seven goals. In his last 15 games, he has only come off the pitch twice without scoring.

Michael Olunga Ogada will not be scoring for Al Wakrah this weekend. The match has been postponed. But the Kenyan should certainly remain the top scorer in the Qatari league at the end of the fifth round. Unless one of the players can achieve the incredible feat that Harambee Star did last week. After starting on the bench, Michael Olunga Ogada came on and smashed it. Al Duhail was in check against Al Sailiya and Kenya put in five goals (56', 62', 68, 79' and 85'). For a 5-0 victory. Historic.

Michael Olunga, a goal every 19 minutes
This five-goal haul comes on top of the double he scored in the previous match against Al Khor (4-1). His first game of the season. Yes, Michael Olunga has scored 7 goals in only 134 minutes of play in the Qatari league: a goal every 19 minutes. His stats are also crazy in the Asian Champions League. In six outings in the continental competition, the 27-year-old has struck 9 times. Huge.

Trained at Kenya's Liberty Sport Academy, Olunga is in superb form. In his last 15 games, he has only come off the pitch twice without scoring. The battle for the title of top scorer in the Qatari league is sure to be an exciting one. Because the Algerian Baghdad Bounedjah, the best scorer last season, does not intend to give up his property so easily. The 2019 African champion already has 6 goals.