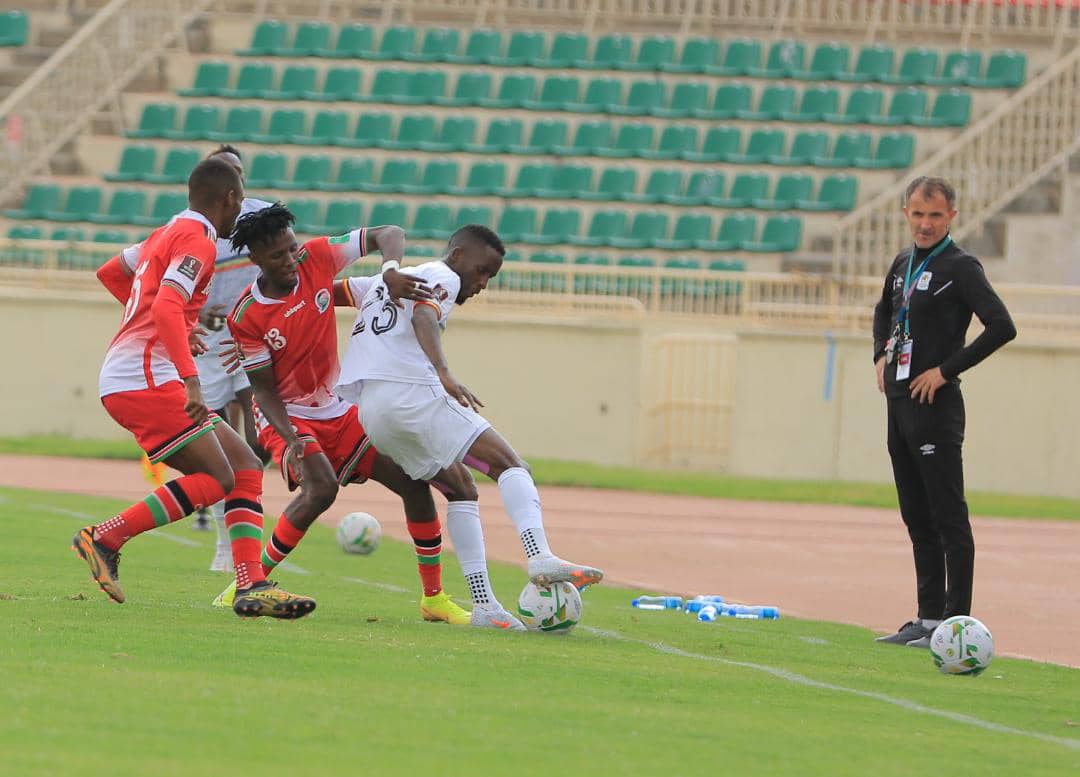 Arch-rivals Kenya and Uganda Cranes settled for a goalless draw in a dull Group B match of the FIFA World Cup 2022 qualifiers played at the Nyayo Stadium on Thursday.

The hosts created an early chance with Abdalla Abdalla Hasssan failing to nod in from close range. Youngster Bobosi Byaruhanga who was making his first full debut for the senior national team also had his shot saved by Kenya’s goalkeeper Ian Otieno after 20 minutes.

The two sides failed to create many good scoring opportunities as the defenders kept busy. After 36 minutes Uganda Halid Lwaliwa stretchered out injured, while Enock Walusimbi came on.

In the second half Kenya led by skipper Micheal Olunga Ogada increased their pace and had Choka Juma Masud and substitute Eric Johana Omondi miss their scoring opportunities.

Uganda also had injured skipper Emmanuel Okwi replaced by Egyptian based Derrick Nsibambi. The two teams tried to push forward, but lacked the creativity and sharpness to find the goals.

“It is always tough when we face Uganda. Getting a draw against them is not a bad result and we now need to prepare for the next game against Rwanda next week,” said Kenya’s coach Jacob ‘Ghost’ Mulee.

His counterpart Milutin ‘Micho’ Sredojevic said that although they picked a valuable point against Kenya, his players have to improve on other aspects. “It was a tough game and I cannot say a draw is a bad result,” added Sredojevic.

Uganda will next face table leaders Mali in Kampala on September 6th, while Harambes Stars travel to face Rwanda. Mali beat Rwanda 1-0 on Wednesday night in the opening Group B match.