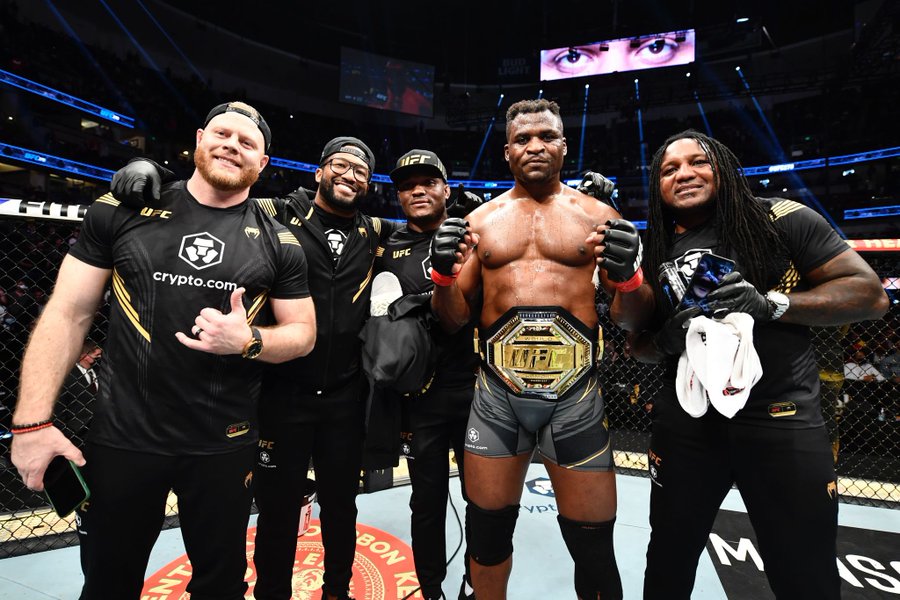 While waiting to heal his knee, Francis Ngannou is fighting against the UFC promoters. The Cameroonian champion wants more money and better conditions in terms of health care.

Business, he's a no-brainer. Francis Ngannou has now understood this. The Cameroonian champion wants to be valued at the height of his achievements. Even if it means going to war with the UFC promoters. "In the past, when I wasn't fighting, I asked for fights, I had to beg for a fight. And the way I've been treated, I don't want to deal with that kind of situation anymore. It doesn't matter what is at stake. It has to change," Ngannou recalls in an interview posted on his YouTube channel.

"I have to take care of myself''
Now that he has made a name for himself, Francis Ngannou is in an ideal position to better negotiate his contracts. And he doesn't hesitate to take advantage of this. "I have to take care of myself, try to do what's best for me. There are a lot of terms in this contract that I would like to change. I don't like them. The fact that it's a one-way contract, that I have no guarantees... They claim to offer their fighters three fights every year, but in the last two years I've fought twice in total. I could fight at least five times. The fighters have debts. They need to borrow money to subsidize their lives," complains the 35-year-old fighter, born in Batié, Cameroon.

"I agree 100% with Jake Paul"
Ngannou suffered a knee injury just before his winning fight against Cyril Gane on January 22, and must undergo surgery before returning to the octagon or... to a ring. The champion with 17 victories against 3 defeats thus takes advantage of this interview to castigate the absence of a medical system to take care of injured fighters.

"I'm 100% with Jake Paul on what he says. When he wants health care for fighters, I agree with that 100%. When he's for increased pay for fighters, I'm 1000% for that. The fighters are not protected. The fighters are all there, alone, and nobody takes care of them. I walk around the gym sometimes and I see a fighter who has just lost a fight, is training and gets injured - he gets injured and just hopes he gets better, because he can't afford to get treatment, knowing that he makes a living out of it. He has a contract and all that. It's hard to look at these things and think it's normal. No, it's not normal. They put their body on the line for something. At least give them care for their health," Ngannou complains. Let's hope he gets his way. Fans are already looking forward to seeing him in action.