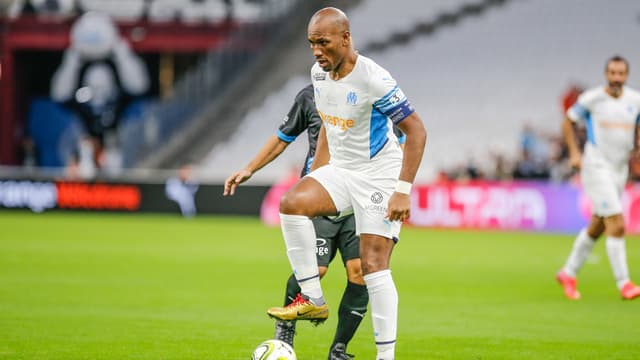 Former Olympique de Marseille (OM) players won the "Match of Heroes" at the Velodrome stadium on Wednesday 13 October. They dominated (7-4) Team Unicef, coached by Arsène Wenger. The team was made up of artists and sportsmen who practice other disciplines than football. Didider Droga, the initiator of the match, scored a hat-trick for the winners.

The team of former OM players was coached by club legend Jean-Pierre Papin. Drogba was joined by Ravanelli, Boli, Nasri and Maolida, among others.

The latter distinguished himself, after his goal, by his traditional celebration with a piece of paper, on which was written a tribute to Bernard Tapie, former president of OM, who recently died. Before the kickoff, the players of the charity match had already bowed to his memory.

Didier Drogba organized the match in partnership with UNICEF. The aim was to raise funds for the former Ivorian footballer's foundation.