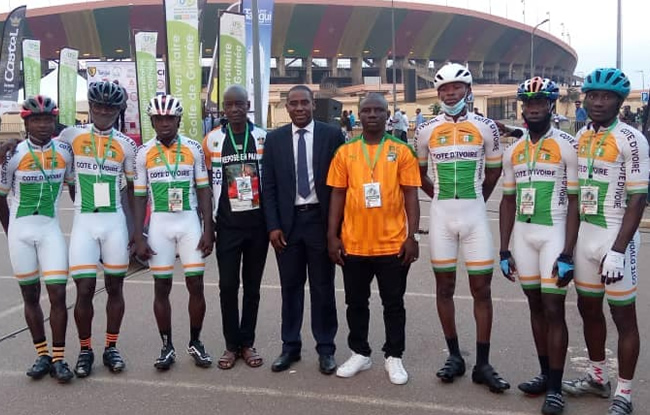 The violence of the impact suggested a severe diagnosis. Antoine Kouadio, from the Ivory Coast, was admitted to the emergency room after an impressive crash during the last stage of the Chantal Biya Grand Prix on Sunday 10 October. He suffers from a double fracture of the arm and the forearm, and another one on the left knee. The unfortunate man will undergo an operation on Monday 11th at the Emergency Centre in Yaoundé, Cameroon.

Three riders abandoned the race on Sunday after a fall. They were Cameroonian Marius Fouenkeng and Ivorians Antoine Kouadio and Yossi Adama. Immediately after the accident, the three riders were transported in the caravan ambulance.

They were then admitted and treated quickly by doctors at the Yaoundé Emergency Centre," said Jean-Baptiste Biaye, the race's communications manager. After appropriate treatment, the Cameroonian ridder and the Ivorian Yossi Adama were discharged from hospital a few hours later. Kouadio Kouamé Antoine, requires an operation on October 11, 2021.

The Ivorian delegation will therefore leave Cameroon on Monday without two of its members. Notably the injured rider and the team's sporting director. "No vital prognosis of any rider is engaged according to the doctors," reassures the Cameroon Cycling Federation.