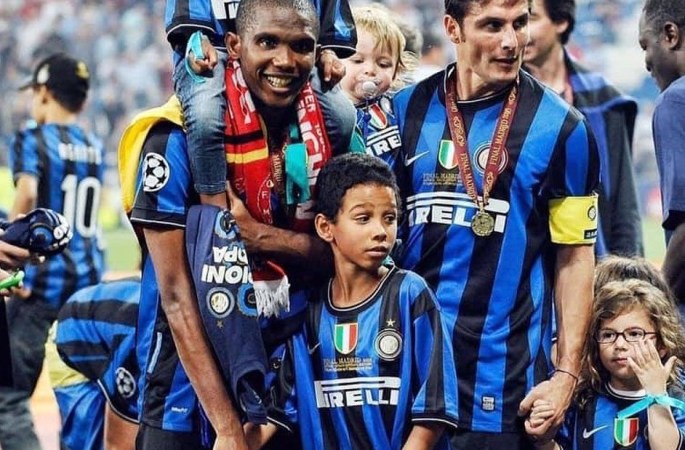 Cameroonian legend Samuel Eto'o won the Champions League with Inter Milan in the 2009-2010 season and according to the former Barcelona striker, he knew well in advance that he would win the trophy with the Nezazzuri.

The victory against Bayern Munich came as no surprise to the 40-year-old former Barcelona striker. According to him, even a year before he signed, he knew he was going to lift the trophy with the big ears at the Italian club Inter Milan. He even asked for a bonus in his contract with the Italian club.

"When I signed the contract, there was a difference in the salary demands and the offer, so I asked to put in a bonus for the Champions League, because I was sure we would win it within two years," Eto'o told reporters at the press conference at the Festival dello Evento Sport.

However, the Cameroonian legend acknowledges a stroke of good fortune in the 2009-2010 campaign, in which he lifted three trophies (Serie A, Italian Cup and C1). "We had a team with real fighters and good people, a coach who understood us and our fans at the same time. We were also lucky in the game against Barcelona, but it came after we had been fighting all season," Eto'o revealed.

Since that exploit, the Italian team is yet to taste European glory again in the Champions League.