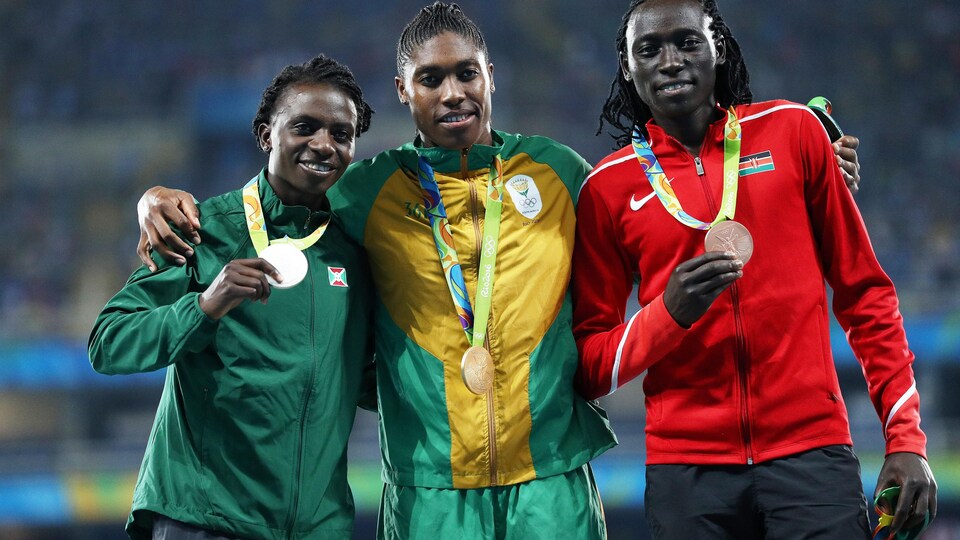 The International Olympic Committee (IOC) has given up on determining the criteria for transgender and intersex athletes to take part in competitions. The IOC is now looking to the international federations to set their own rules.

The International Olympic Committee has reversed its position. After two years of consultations, the organization founded in 1894 has come to the conclusion that it is impossible for it to define clear and uniform guidelines on the issue of transgender and intersex athletes. This was after realizing that it would be impossible to respect human rights. But it would also be impossible to maintain sporting fairness by forcing athletes to undergo medical treatment. For example, some athletes have to lower their testosterone levels to a certain limit 12 months before a competition.

Disrespectful" and "potentially dangerous" tests for the IOC
This decision comes after numerous debates raised by hyperandrogenic sportswomen such as South Africa's Caster Semenya, or transgender women such as New Zealand weightlifter Laurel Hubbard. The undisputed queen of the 800m, Semenya had to give up her favorite distance to avoid having to undergo hormone treatment. The South African has since been at war with the IOC and World Athletics over the issue. She won some of her case, as the IOC finally called the testing of an athlete's gender "disrespectful" and "potentially dangerous".

In an attempt to legislate on the issue of transgender, intersex and hyperandrogenic athletes, the IOC will pass the buck to the federations. "It must be the responsibility of each International Federation to determine how an athlete may be disproportionately advantaged over his or her peers, taking into account the nature of each sport," the IOC said in a statement.

Federations to decide
This is the third change of direction on the issue. In 2003, the IOC had proposed to validate the participation of transgender women in competitions. However, on condition that they first undergo sexual reassignment surgery. This proposal was strongly opposed by the athletes concerned and the sports movement as a whole. Faced with the outcry, the IOC turned in 2015 to tests to determine a limit for testosterone levels. Athletes with a higher level of testosterone would be obliged to undergo treatment to lower this level and compete. Here too, there was strong opposition.

The IOC finally came to terms with this. "We really want to make sure that athletes are not pressured or forced to make a detrimental decision about their bodies," said IOC human rights officer Magali Martowic. This decision will probably be welcomed by the athletes concerned. But it remains to be seen how each sports federation will deal with this issue.