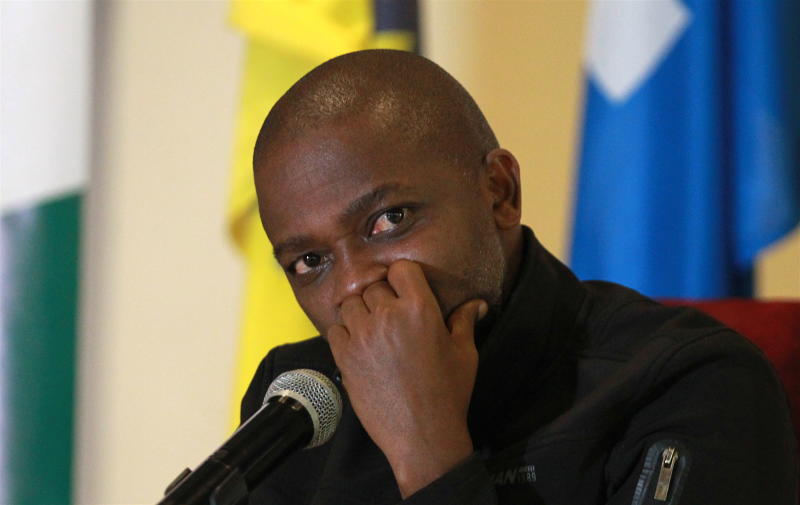 The head of Kenyan football was arrested on Friday 12 November in Nairobi, the Kenyan capital. He is accused of misappropriating public funds.

Nick Mwendwa is in the hands of the police. The president of the Kenya Football Federation (FKF) was arrested on Friday 12 November at a hotel in Nairobi, the Kenyan capital. He is to be questioned as part of the investigation into alleged misappropriation of government and sponsor funds. The damage is said to be around €1.7 million.

Nick Mwendwa has denied the allegations. Despite this, the Kenyan Ministry of Sports has placed an interim committee at the head of the FKF. The committee is headed by a former judge, who is responsible for managing football for six months.

Mwendwa has challenged this decision. But with his arrest, it will probably be difficult for him to bend the board. Unless FIFA wins his case and twists the arm of the Kenyan government.

FIFA's threat
The world body has threatened to sanction Kenya if the authorities' decision to place their federation under supervision is not reviewed. FIFA considers the initiative "clearly contrary to the principle that federations should manage their affairs independently and free from the influence of third parties".

The case comes as Kenya's national team completes its qualifying campaign for the 2022 World Cup. The Harambee Stars have already been eliminated from the race for the play-offs and drew 1-1 with Uganda on Thursday 11 November. They will host Rwanda on Monday 15 in Nairobi (Day 6).