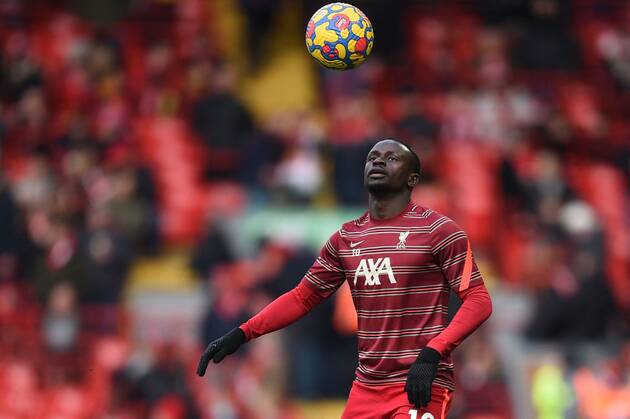 Sadio Mané's last season at Liverpool is coming to an end. The new African champion, who was given a cold reception by his club, has been in a bad mood since his return from the African Cup of Nations.

Liverpool's Sadio Mané has been linked with a move away from the English Premier League, where he has been a key figure in the team's recent success. Liverpool's Senegalese striker Sadio Mane took advantage of the opportunity to improve his tally and overtake legend Didier Drogba as the Premier League's top African scorer. The Reds' number 10 scored his 105th and 106th goals in the English league to leave his older Ivorian counterpart (104), already retired, two points behind.

For a professional winger like Sadio Mané, erasing the record of the former serial striker and top striker of the Blues undoubtedly deserved to be celebrated with great energy. Except, the best African player in 2019 decided otherwise. The former Messina player did not even crack a smile to celebrate his achievement. It was the same as against Norwich on Saturday 19 February (3-1), after his magnificent goal with an acrobatic gesture, Sadio Mané, with his face closed, was just content with a few handclaps with his teammates.

A cold reception that caused controversy
The 29-year-old's cold attitude has been evident since his return to Liverpool after the African Cup of Nations. It is a cold attitude that the 29-year-old has shown since his return to Liverpool after the African Cup of Nations, which has led to many internet users and Reds fans taking to the social networks. Indeed, the latter never cease to ask questions about this new behavior of the Senegalese striker. How is it that the man who said he was "the happiest man alive" after helping Senegal win its first continental title, is a few days later so distant and withdrawn? Are we witnessing the birth of a dislike between him and the club? Is the icy reception at Anfield after his triumphant return from the African Cup of Nations creating a possible malaise in the 29-year-old? Are we approaching the end of Sadio Mané's adventure with Liverpool?

For the moment, the main player concerned has not yet said a word. He has been completely silent, content to talk on the pitch, notably by scoring goals and making assists. But, all the same, in view of the latest events, one can allow oneself to think that the icy reception or simply the non-reception that he, the winner and best player of the 2021 African Cup of Nations, received on his return to Anfield, would visibly be at the origin of this withdrawal into himself.

It is a lack of consideration or indifference on the part of the club and its supporters? I'm not sure if that's the case, but I'm not sure it's the only one.

Sadio Mané under Salah's shadow forever?
It is a fact that Salah is the captain of the Reds, the head of the Liverpool team, and Mané is simply his lieutenant. Since his arrival in Merseyside in June 2017, the Egyptian international has not ceased to "overshadow" the number 10 of the Lions of Teranga. First of all by his numerous goals. With one season less than the Senegalese, Mo Salah has 152 goals with the club against 110 for Sadio. That is a difference of 42 goals.

Another point: between the two men, Sadio Mané is the one who gives up the most space during the matches. We remember the episode when the one who finished 4th in the European Ballon d'Or 2019 ranking ahead of his fellow striker Salah (5th) refused to greet his coach Jurgen Klopp for having left him on the bench during a match against Manchester United last season. Also, with Liverpool's biggest salary according to The Sun, Salah (€12m a year) earns double that of fellow African Sadio Mané (€6m a year).

Could these and more be the writings on the wall concerning Liverpool's number 10 leaving in the summer?