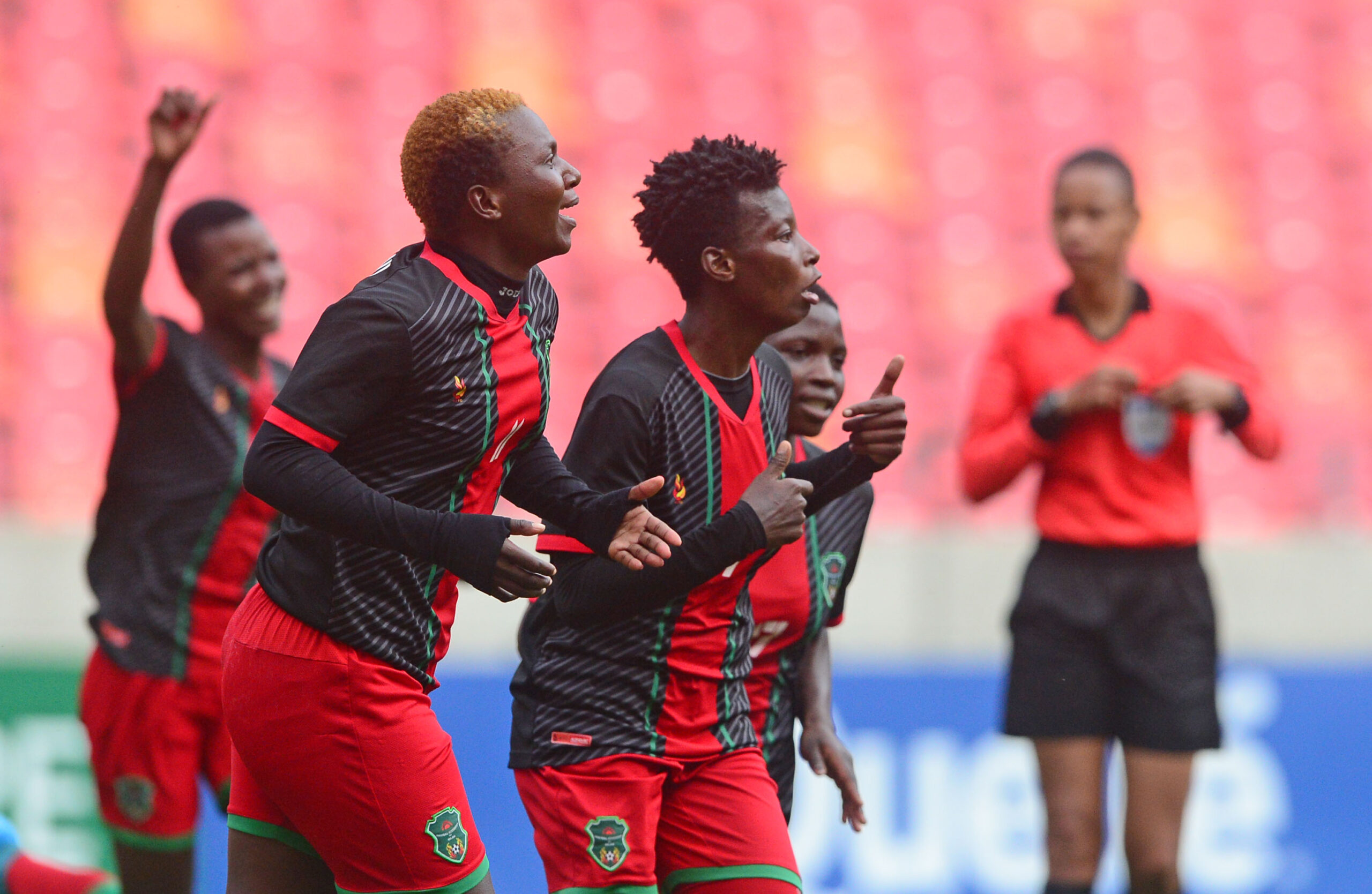 The final of the COSAFA Women’s Championship 2021 will be played between Malawi and Twiga Stars of Tanzania.

After 38 minutes Fazila Chembekezo gave Malawi the lead, but Sibulele Cecilia Holweni leveled matters with a long shot at the stroke of half time.

In the second half Malawi continued to dominate play and exploit the shaky Banyana Banyana defending line. Sabinah Thom netted a second half brace for Malawi, while Holweni got her second of the day from the spot after a Malawian defender had fouled in the box.

Sibulele Cecilia Holweni scored one for South Africa in the first half and converted a penalty late in the second half.

“We have always been coming here and getting beaten by South Africa. I thank my players for fighting like lions to win the game,” said a happy Malawi coach Mcnelbert Kadzuwa whose team had lost 2-1 to South Africa in the group stages.

In the earlier semi final Tanzania edged Zambia 3-2 in penalty shoot outs after the match ended 1-1 in 90 minutes.

Lushomo Mweemba scored a 16th minute own goal for Tanzania, while skipper Grace Chanda made it 1-1 after 69 minutes. The two teams created several scoring opportunities, but failed to score.

Tanzania’s first choice goalkeeper Janeth Simba was replaced a few minutes to the end of the 90 minutes, and the substitute Zueda Mgunda saved three kicks.

Tanzania’s coach Bakari Nyundo Shime said reaching the final is a good achievement. “I am happy with the team that they have played well since the tournament started and now we are in the final for the first time,” said Shime whose team won all the three matches in the group stage.

The tournament which kicked off on September 28th attracted 12 teams including three guest sides from the Council of East and Central Africa Football Associations (CECAFA) Tanzania, Uganda and South Sudan.