Mali: Winfried Shäfer's appointment is imminent at the head of the Eagles 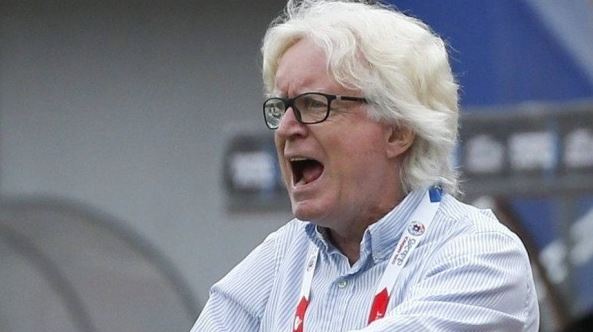 Mali: Winfried Shäfer's appointment is imminent at the head of the Eagles

Winfried Shäfer, the 72-year-old German technician, should take over the reins of the Eagles of Mali, unless there is a new development in the recruitment process. According to Sport News Africa, he will succeed Mohamed Magassouba, who was dismissed after the elimination against Tunisia in the play-offs for the 2022 World Cup.

The future coach of Mali will be Winfried Shäfer. This is the final decision taken after the meeting held on Thursday  by the members of the committee set up to examine the applications and choose the coach of Mali. It comes after several meetings and interviews conducted on Wednesday afternoon by video conference with finally two candidates instead of three candidates first established.

The two finalists were Germany's Winfried Schäfer and Eric Sekou Chelle, 44, a former Mali international. The choice finally fell on the experience of the first. The 72-year-old German and former coach of the Indomitable Lions of Cameroon will benefit from a three-year contract. His compatriot Gernot Rohr was approached to take over the Malian national team, but was finally eliminated from the race after an investigation by the commission for facts related to an investigation concerning him.

Winfried Schäfer as number one, Eric Sekou Chelle as deputy
Winfried Schäfer's objectives will include qualifying the Eagles for the semi-finals of the 2023 African Cup of Nations and the final of the 2025 edition. And finally, to lead the team to the round of 16 of the 2026 World Cup. The AFCON 2023 qualifiers start in June. Mali is in group G with Congo, Gambia and South Sudan. The mission of the German coach will begin with the reception of Congo on June 4 at the Stade 26 Mars before a trip to Egypt on June 8 at the AL Salam Stadium to face South Sudan.

After these two games, Mali will play a friendly against Ecuador. The match will take place in the United States on 11 June. According to Sport News Africa, Eric Sekou Chelle, the former coach of Boulogne-sur-Mer, has been offered the position of assistant coach. It remains to be seen whether he will be inclined to accept the post, although he has applied to be coach. A final meeting is scheduled for this Friday at the headquarters of the Malian Football Federation to finalize the details of Winfried Safer's contract, including the financial aspect. This is the last step before the official announcement.