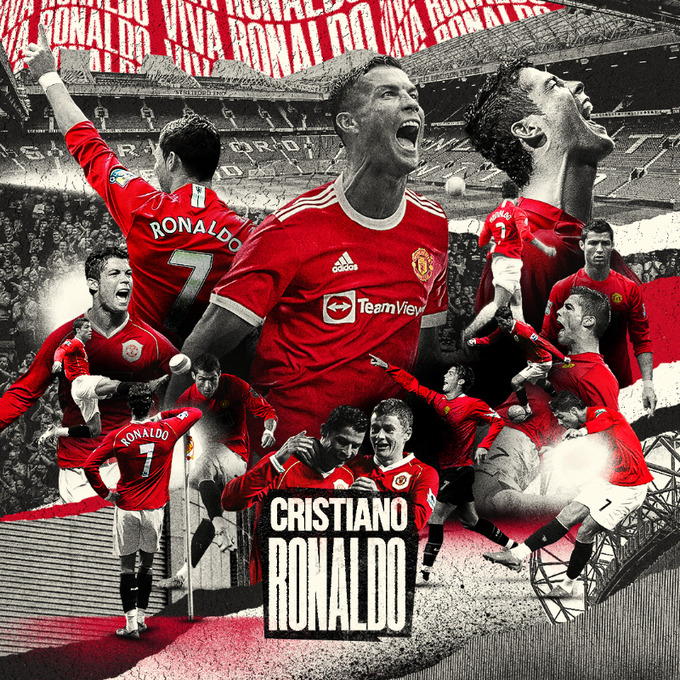 Cristiano Ronaldo has spoken out for the first time about his return to his former club, after completing his move to Manchester United on Tuesday 31 August. In a post on his Instagram account, the player spoke about his love for the club and paid a superb tribute to his mentor, Sir Alex Ferguson.

Cristiano Ronaldo is returning to Manchester United twelve years after leaving for Real Madrid. In the meantime, the star also played for Juventus for three seasons. He scored 118 goals during his first spell with the Red Devils (2002-2008) and posted on his Instagram account on Tuesday about his triumphant return to Old Trafford.

"Those who know me know that I have never stopped cherishing Manchester United. The years I spent at this club were incredible and the path we travelled together is etched in gold letters in the history of this great institution.''

'' It's difficult to explain how I feel, since I saw that the announcement of my return has gone around the world. It's a dream come true, after all the times I've played against Manchester United. Even as an opponent, I always felt the love and respect of the fans in the stands. It's 100% of what dreams are made of.''

'' My first championship, my first cup, my first cap for Portugal, my first Champions League, my first Golden Boot, my first Golden Ball... All of this was born from the special connection I have with the Red Devils! History has been written in the past and history will be written again! You have my word! I am here! I belong here!" Before ending his message with: "PS: Sir Alex, this one is for you!

The Portuguese striker thus paid a superb tribute to the club that revealed him to the eyes of the football world but also to his mentor who has made him the player he is today.