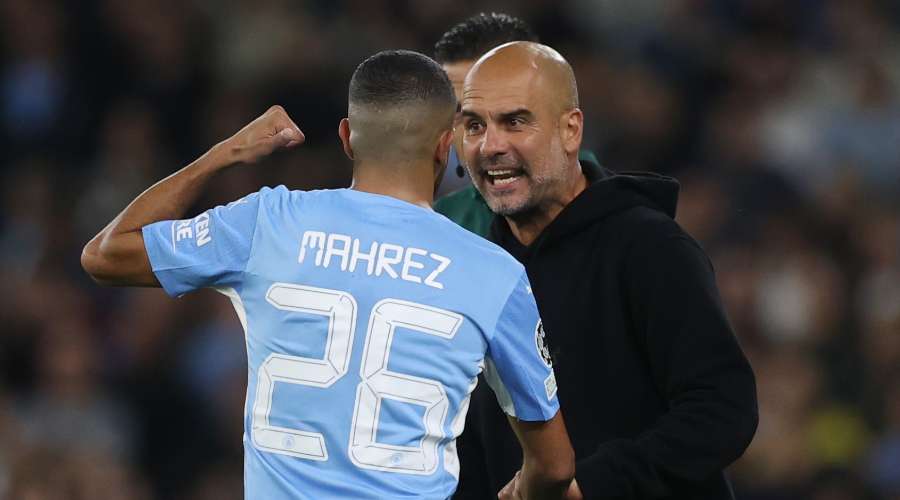 The Citizen's coach praised the Algerian striker's performances. But he is asking him to do more.

Riyad Mahrez: can do better. The Manchester City striker has been given a failing grade by his coach, Pep Guardiola. The Fennecs captain has a silky left foot, sharp vision and phenomenal goal-scoring ability. He is the Citizen's top scorer in the Premier League (7 goals) and the Champions League (5 goals). His coach recognizes his record and is pleased with it. But he does not intend to be satisfied with that.

"If he is in the form of his life? I'm not sure, last season (at this time) was the best time for Riyad," said the Spanish coach. '' He can still do better this season to reach the level he reached in the last four, five or six months of last season. When he was exceptional, in the way he played and produced. He can do better."

The Sky Blues lead the Premier League by nine points from second-placed Liverpool Reds. They face Sporting Portugal in the last 16 of the Champions League. In this final stretch of the season, they need to see all their strengths at 100%. This concern has no doubt prompted Pep Guardiola to give Riyad Mahrez an extra seven days holiday on his return from the 2021 Africa Cup of Nations. The time to see the healing of the first round elimination of Algeria, the outgoing champion.

The Algerian striker will have to bounce back quickly with his club. He has the qualities to do so. He has the qualities to do it: "His finishing, his personality in the penalty area", his "speed" and his "technique"," said Pep Guardiola. It's a good thing we've got the best of both worlds," said Guardiola, "but we're not going to get the best of them.