Media: Didier Drogba to be consultant on TV 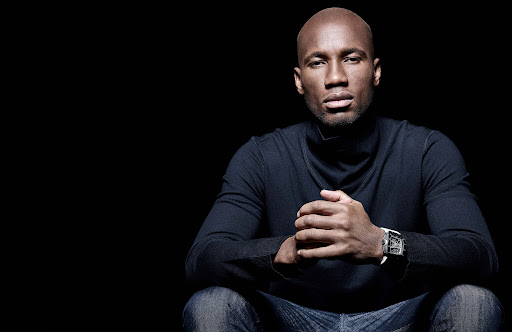 Media: Didier Drogba to be consultant on TV

The former Ivory Coast captain will be a consultant for Canal Plus. He will commentate on some Champions League nights.

Like top clubs, major sports channels are looking to build the best teams of consultants. The aim is to attract the traffic that will boost their audience. Former footballers and unemployed coaches are their main targets. Despite strong competition in recent years, Canal Plus in France remains a reference in this field. The encrypted channel has just reinforced this reputation by hiring Didier Drogba, after having signed up Eric Abidal, Rudi Garcia and Samir Nasri this season.

The recruitment of the former Elephants captain is the result of several weeks of negotiations. At the end of the discussions, L'Equipe reports the two parties agreed that Didier Drogba will participate in a few Champions League evenings on Canal Plus.

More precisely, the former Marseille (2003-2004) and Chelsea (2004-2012) striker will officiate during the Canal Champions Club, the program dedicated to the two Champions League fixtures of the day scheduled by the channel.

A baptism of fire
L'Equipe reports that Didier Drogba will make his comeback on Tuesday 19 October, for the third matchday. He will be alongside Herve Mathoux, the show's presenter, and Laure Boulleau, his partner since the beginning of the 2021-2022 edition of the competition.

For his baptism of fire, the former captain of the Elephants will have a heavy program. On Tuesday, there will be PSG-Leipzig, Porto-Milan AC, Atlético Madrid-Liverpool and Ajax-Dortmund, among others.

Canal Plus already has a fine line-up of prestigious consultants such as Habib Bèye, Robert Pires, Sydney Govou and Olivier Dacourt. With Didier Drogba, the encrypted channel adds spice to the sauce. To the delight of its subscribers in Africa, particularly in Côte d'Ivoire.