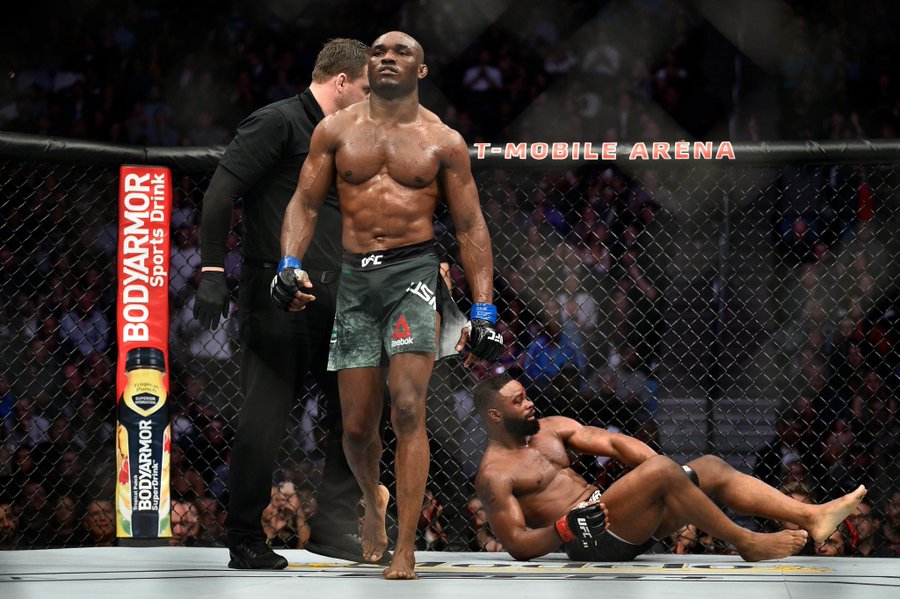 Fighting sports can lead to some serious attacks, especially in MMA. Even outside the octagon, fighters can get into word battles. Jorge Masvidal took the opportunity to scratch Kamaru Usman.

Kamaru Usman has become a terror in the octagon over the years. The Nigerian is even on an impressive 19-game winning streak. A true executioner, the UFC welterweight champion has even been dubbed The Nightmare. However, Jorge Masvidal, an American fighter, has a different opinion.

He thinks Kamaru Usman can lose. "I know he is beatable, there is no man alive who is unbeatable. Take away the second round, the first round I got up and started putting big punches on him. The first knee strike I threw, he knocked me down, the second knee strike I gave him, hit him in the chest and my thigh hit him in the jaw and wobbled him a bit. On the feet, he's nothing special. He could have had me, but he's nothing special on his feet, he's not a real striker on his feet yet," the American told Bjpenn.Com.

He wants to rub shoulders with Kamaru Usman
Jorge Masvidal is not stopping there, however. He has analyzed Kamaru Usman's game, but he also has a clear idea of who could end the Nigerian fighter's hegemony. Masvidal believes he can take Usman down. Although he has already lost to him twice.

"You have to keep training. It's the same with him as with Colby, the fight. In the first fight, he put me against the fence and I couldn't let go. In the second fight I was doing well to avoid takedowns, then he changed tactics. I really feel that the problem, the constant problem I have is that my wrestling is not 100% even though it's pretty good, it's much better than when I started. I still have at least two or three years left in this sport, why not give everything I have in this fight and see what comes out," Masvidal concluded. Kamaru Usman will appreciate that.