NBA: Joel Embiid never thought he would make it in the US 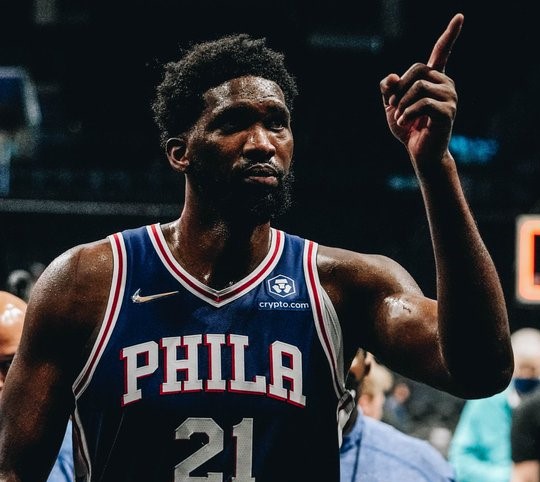 NBA: Joel Embiid never thought he would make it in the US

Joel Embiid is a monster on the NBA floor. The Cameroonian crushes everything in his path. Yet, even he did not expect such a trajectory in the American league.

Joel Embiid is now a reference, if not the reference at the pivot position in the NBA. The Cameroonian is coming off a 2021 year rich in high-flying performances. However, nothing predicted such a career, not even the player himself. He only started playing basketball at the age of 16. While most of his classmates started in the cradle.

On Sports Illustrated, Joel Embiid rewinds: "When I came to the United States, my goal was to use this opportunity to get a scholarship and a degree before I came home and could use it all. But it was a blur. What I mean is, I started playing basketball at 16. I didn't really think I could break into this field."

He continued: "What helped me the most was that a lot of people believed in me from the beginning. It made me work even harder to try and progress. But I didn't think I was going to the NBA at that point. I always thought I wasn't good enough, even when I got to college. To me, there was no way I was going to make it. But the fact that people believed in me and that I got to university was all I honestly wanted. I never would have imagined (what is happening to me today)."

This Christmas, Joel Embiid gave himself a nice gift. This Sunday against the Wizards, The Process reached 7000 points in the NBA, in only 282 games. He joined Allen Iverson, the Philadelphia legend who took the same number of games to reach 7000 points. Only 18 players in the history of the NBA have been faster than the two. And Joel Embiid has not been able to count on optimal health to succeed.

"It's great, but I obviously would have preferred to be healthier," he complains. I probably would have had at least 15,000 points at this point. That's great but it's not the goal. The goal is to get better every day, so that we have a chance to win the title."