NBA: Joel Embiid's injury culprit found and it's not Siakam 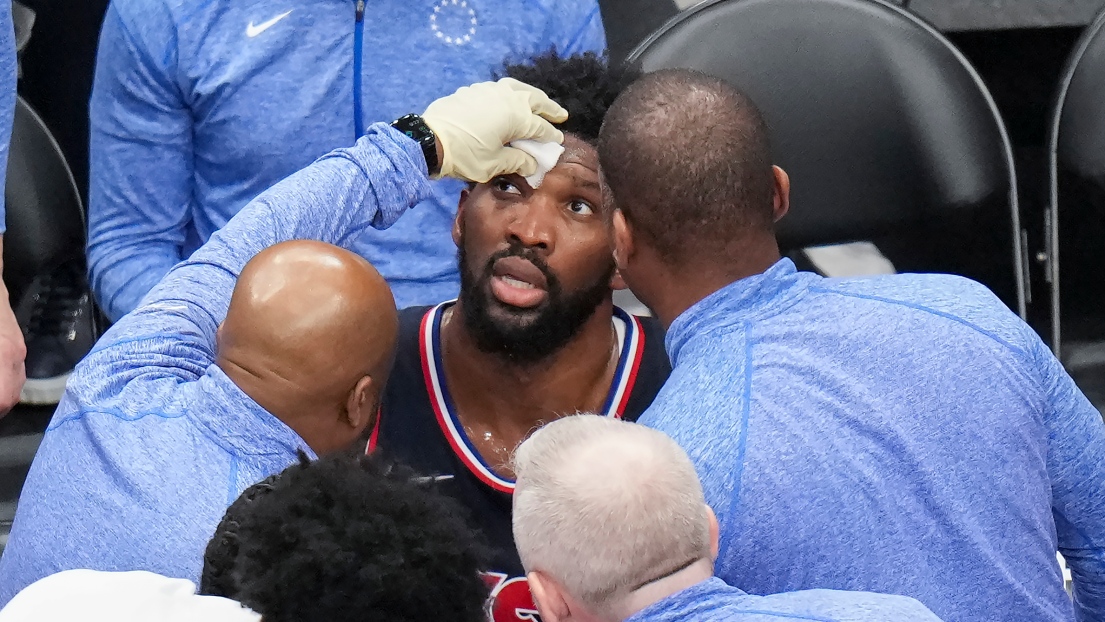 NBA: Joel Embiid's injury culprit found and it's not Siakam

Joel Embiid will not participate in the second round of the playoffs with the Sixers. The Cameroonian was injured in the last game against the Raptors. For many Philadelphia fans, the culprit of the Cameroonian's injury is none other than his coach Doc Rivers.

Successful first step for the Sixers in these 2022 playoffs. Joel Embiid and his teammates dominated the Raptors to advance to the second round. However, the path was not easy. It took Doc Rivers' men a total of six games to overcome their opponents. They will face Jimmy Butler's Heat in the next round. But for this next stage, the Sixers will have to do without their strong man, Joel Embiid. The Cameroonian was injured during the last game 6 against the Raptors.

While he was already suffering from a torn ligament in his thumb, forcing him to play with pain, the Cameroonian colossus contracted a fracture of the right eye socket in Game 6 against Toronto, in addition to a slight concussion. This is a real blow for him and for Philadelphia.

If the fans regret this new injury of the player, they are many to think that it could be avoided, and blame Doc Rivers. They blame the coach for leaving the pivot on the floor with 4 minutes left in Game 6, when the Sixers had no less than a 29-point lead. The team's coach, Doc Rivers, was under fire from the critics and made a point of explaining his decision to the media on Saturday.

"The other team also had their players on the floor. I'm not disappointed that he was on the floor, you can make a big deal out of it if you want. Look at other teams, they often take players out around the last 3/4 minutes," he defended. Not sure if that will be enough to calm the fans.